As the Boston Red Sox prepare for their 2013 spring training, John Farrell and company received unfortunate news regarding their bullpen coach and catching instructor Gary Tuck.

According to WEEI’s Rob Bradford, Tuck has called it quits after six years within Major League Baseball. Ironically, earlier this offseason it was reported that the 58-year-old had decided to come back for another year after Bobby Valentine was relieved his services as Boston’s skipper. But ultimately his uncertainty led him to hang up the cleats.

The longtime coach not only worked for the Red Sox in his career, but also Boston’s rival New York Yankees. Joe Girardi was one of Tuck’s catching students in New York.

The three-time World Series champion — including 2007 with the Sox — as a coach, manager and player will forever be remembered as a well-liked coaching addition during some of the Red Sox’ best seasons. Over the course of his coaching career, he helped in the development of many pitchers, including Hideki Okajima, Daniel Bard and Felix Dubront.

Tuck’s knowledge from his catching days in the Montreal Expos’ organization also aided him when he served as an organization-wide catching instructor in spring training, teaching the likes of Doug Mirabelli, Jason Varitek, and Jarrod Saltalamacchia. 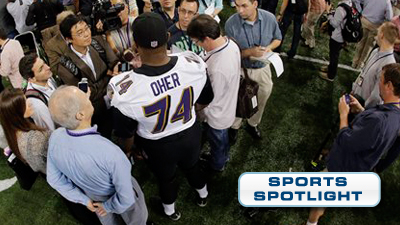 Bruins Save Best for Last, Once Again Prove to Be Resilient in Shootout Win Over Devils