If you think Rob Gronkowski broke his forearm because he rushed back from the injury he suffered earlier in the season, think again.

According to CSNNE.com’s Tom E. Curran, the fractured arm suffered by Gronkowski against the Texans on Sunday is not identical to the original fracture he suffered during the Patriots’ Nov. 18 game against the Colts.

This is an interesting revelation, as the assumption was that Gronkowski simply reinjured his forearm in the same spot while diving for a ball during the first quarter of Sunday’s divisional round game. Instead, according to Curran, the tight end’s most recent injury “had nothing to do with whether the arm was ready or not.”

Gronkowski’s arm reportedly broke at the end of the protective plate that was implanted in his arm — an area where there will always be some injury risk. The injury could have occurred “three years from now” in the same spot, a source reportedly told Curran.

Gronkowski underwent surgery on Monday, and we now know that it was performed on a different location in his arm, and the original break was reportedly fully healed when the procedure took place. All in all, the new information doesn’t change anything, as the Patriots will still be without their Pro Bowl tight end for the remainder of the postseason, but it’s an interesting little tidbit that goes against the common school of thought coming out of Sunday’s win.

Gronkowski missed five games during the regular season before returning for New England’s finale against Miami. This marks the second straight year he’s had an injury issue in the playoffs, although last season he managed to play through an ankle injury in the Super Bowl. 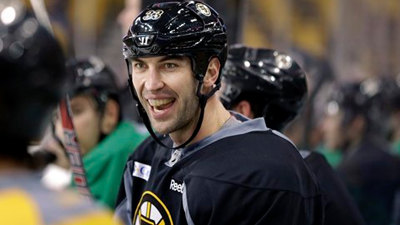