Brady, who suffered torn ligaments in his left knee during the season opener in 2008, understands the pain and long road to recovery Griffin faces after suffering a partially torn anterior cruciate ligament (ACL) and lateral-collateral ligament (LCL) during the Redskins’ wild card loss to the Seahawks on Sunday.

Brady took some time out during his weekly news conference on Wednesday to reflect back on his season-ending injury with RG3’s recent misfortune sparking the conversation.

“You hate to see guys injured, and I certainly wouldn’t wish that injury on anybody,” Brady said of Griffin’s now twice surgically repaired knee.

Griffin, who had surgery on the knee while at Baylor in 2009, wowed NFL fans with his speed and strength throughout the season. He tore up opposing defenses on a near weekly basis and even earned a Pro Bowl nod as a rookie. But his durability seemed to be an issue as the season wore on, missing Week 15 with a sprained right knee before suffering a much worse fate in his lone playoff appearance.

Brady knows the arduous path Griffin will have to endure in returning to the field for next season, but using his own personal experience and understanding the injury as a guide, he seemed confident Griffin would have no problem getting back to full health.

“It’s a physical game. It takes its toll. It’s not an easy game. I think you try to be mentally and physically tough,” Brady said. “We’ve had guys injured. Houston has plenty of guys injured. That’s just part of the season.”

Griffin’s expected timetable for return is six to eight months and the early prognosis is that he will be ready for the start of the 2013 regular season. He might not have quite the impressive return that Adrian Peterson did in 2012, but if he comes back at even three-quarters the health Brady did in 2009 then the Redskins will be just fine. 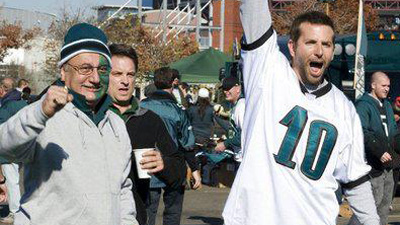