Wrigley Field Plans Upgrades, Wants 'A Little More Flexibility' in What Can Be Done With Historic Ballpark - NESN.com Skip to content CHICAGO — The Chicago Cubs plan on restoring Wrigley Field, with or without the city’s help.

The team announced a five-year, $300 million plan to rebuild the Friendly Confines at the annual Cubs Convention on Saturday, and owner Tom Ricketts said his family is willing to foot the entire bill — but only if some long-standing restrictions are lifted.

“[We would] like to be treated like the other 29 clubs,” Cubs President of Business Operations Crane Kenney said. “If [the Ricketts] are going to be able to build their business, put signs where they need them, hold games when they need them, they’re prepared to write the entire check themselves.”

“If we’re a public enterprise that’s going to be restricted like a public asset, and it comes time for renovation, we’d like to be supported,” Kenney said, adding that the mayor has been “terrific” throughout their conversations.

A call to the mayor’s office for comment was not immediately returned.

Due to its location in the middle of a residential neighborhood, the Cubs are limited to a maximum of 30 home night games per season and can’t play night games on Friday or Saturday.

“We’d just like a little more flexibility to have that stuff,” Ricketts said. “We have an opportunity that is tremendous. Just give us some relief on some of these restrictions and then we’ll take care of Wrigley Field.”

Taxpayer burden and job creation are two other points of contention when it comes to the project. Ricketts tried to put them both to bed on Saturday. The remodeling, which the team hopes will start at the end of the 2013 season, would create about 2,100 jobs over five years, according to team projections.

Ricketts, who bought the team in 2009, said the team has been looking beyond the taxpayers for help.

“We’re not looking at amusement taxes,” he said. “We’re trying to think of other things that might help us finance the renovations and move forward.”

The stadium overhaul includes a large increase in restrooms and an expanded concourse. More than 50 million pounds of concrete and steel will be removed.

All of the historical aspects of the field will be retained, including the ivy, center field scoreboard and the iconic Chicago Cubs marquee.

“The elements that really define Wrigley Field, we would be the last ones who would want to touch those,” Kenney said.

General manager Jed Hoyer said the home clubhouse would top the priority list, comparing Wrigley’s facilities to Fenway Park’s when he and Cubs President of Baseball Operations Theo Epstein were in Boston.

“Theo and I both saw how [the renovations] changed the organization, going from an iconic ballpark in a beautiful city, but also in adding first-class facilities,” Hoyer said.

Ricketts make it no secret that they have a similar path in mind.

“We certainly watched what the Red Sox did and there are a lot of lessons we can use,” he said. “We’ve hired a lot of the people they used on their park to do our park.”

The Cubs also hope to match Boston’s success on the field under Epstein and Hoyer. The duo is in its second year of a rebuilding project much larger than just a stadium. The Cubs lost 101 games last season, haven’t been to the playoffs since 2008 and haven’t won a World Series since 1908.

While the Cubs have a five-year plan for the stadium restoration, their on-field rebuilding is much murkier.

“We’re trying to get this organization healthy,” manager Dale Sveum said. “Within a year, believe me, this thing has come a long, long way.”

“It doesn’t happen overnight,” Ricketts said. “You just have to think long-term. We think we have the right time horizon to do it the right way.

“I really do believe we have the smartest guys in baseball building us a championship team. It just takes time.” 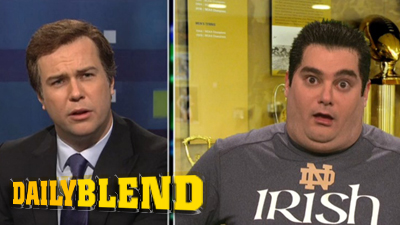