Jerry Buss, Longtime Owner of Lakers, Dies at 80 After Battle With Cancer - NESN.com Skip to content Buss died at Cedars-Sinai Medical Center in Los Angeles, said Bob Steiner, his assistant. He was 80.

He had been hospitalized for cancer, but the immediate cause of death was kidney failure, Steiner said.

Under Buss’ leadership since 1979, the Lakers became Southern California’s most beloved sports franchise and a worldwide extension of Hollywood glamour. Buss acquired, nurtured and befriended a staggering array of talented players and basketball minds during his Hall of Fame tenure.

Few owners in sports history can even approach Buss’ accomplishments with the Lakers, who made the NBA finals 16 times through 2011 during his 32 years in charge, winning 10 titles between 1980 and 2010. The Lakers easily are the NBA’s winningest franchise since he bought the club.

Few owners have ever been more beloved by their players than Buss, who always referred to the Lakers as his extended family. Working with front-office executives Jerry West and Mitch Kupchak, Buss spent lavishly to win his titles despite lacking a huge personal fortune, often running the NBA’s highest payroll while also paying high-profile coaches Pat Riley and Phil Jackson.

Always an innovative businessman, Buss paid for the Lakers through both their wild success and his own groundbreaking moves to raise revenue. He co-founded a basic-cable sports television network and sold the naming rights to the Forum at times when both now-standard strategies were unusual, adding justification for his induction into the Pro Basketball Hall of Fame in 2010.

Magic Johnson and fellow Hall of Famers Kareem Abdul-Jabbar and James Worthy formed lifelong bonds with Buss during the Lakers’ run to five titles in nine years in the 1980s, when the Lakers earned a reputation as basketball’s most exciting team with their glamorous Showtime style.

Jackson then led Shaquille O’Neal and Bryant to a three-peat from 2000-02, rekindling the Lakers’ mystique, before Bryant and Pau Gasol won two more titles under Jackson in 2009 and 2010.

Although Buss was proudest of his two hands full of NBA title rings, he also was a scholar, Renaissance man and bon vivant who epitomized California cool — and a certain Los Angeles lifestyle — for his entire public life.

The father of six rarely appeared in public without at least one attractive, much younger woman on his arm at USC football games, boxing matches, poker tournaments — and, of course, Lakers games from his private box at Staples Center, which was built under his watch.

Buss earned a PhD in chemistry at age 24 and had careers in aerospace and real estate development before getting into sports. With money largely from his Santa Monica real-estate ventures, Buss bought the then-struggling Lakers, the NHL’s Los Angeles Kings and both clubs’ arena — the Forum — from Jack Kent Cooke in a $67.5 million deal that was the largest sports transaction in history at the time.

In January 2011, Forbes estimated the Lakers were worth $643 million, the second-most valuable NBA franchise.

Buss also helped change televised sports by co-founding the Prime Ticket network in 1985, even receiving a star on Hollywood Walk of Fame in 2006 for his work in television. Breaking the contemporary model of subscription services for televised sports, Buss’ Prime Ticket put beloved broadcaster Chick Hearn and the Lakers’ home games on basic cable.

Buss also sold the naming rights to the Forum in 1988 to Great Western Savings & Loan, another deal that was ahead of its time.

Born in Salt Lake City, Gerald Hatten Buss was raised in Wyoming and attended USC for graduate school, eventually becoming a chemistry professor and working as a chemist for the Bureau of Mines before his life took an abrupt turn into wealth and sports.

The former mathematician claimed his fortune grew out of a $1,000 real-estate investment in a West Los Angeles apartment building with partner Frank Mariani, an aerospace engineer.

Buss purchased Cooke’s entire Los Angeles sports empire in 1979, including a 13,000-acre ranch in Kern County. Buss’ love of basketball was the motivation for his purchase, and he immediately worked to transform the Lakers — who had won just one NBA title since moving west from Minneapolis in 1960 — into a star-powered endeavor befitting Hollywood.

“One of the first things I tried to do when I bought the team was to make it an identification for this city, like Motown in Detroit,” he told the Los Angeles Times in 2008. “I try to keep that identification alive. I’m a real Angeleno. I want us to be part of the community.”

Riley, the former broadcaster who fit the L.A. image perfectly with his slick-backed hair and chiseled good looks, was surprisingly promoted by Buss early in the 1981-82 season after West declined to co-coach the team. Riley became one of the best coaches in NBA history, leading the Lakers to four straight NBA finals and four titles, with Worthy, Michael Cooper, Byron Scott and A.C. Green playing major roles.

Overall, the Lakers made the finals nine times in Buss’ first 12 seasons while rekindling the NBA’s best rivalry with the Boston Celtics, and Buss basked in the worldwide celebrity he received from his team’s achievements. His womanizing and partying became Hollywood legend, with even his players struggling to keep up with Buss’ lifestyle.

Johnson’s HIV diagnosis and retirement in 1991 staggered Buss and the Lakers, the owner recalled in 2011. The Lakers struggled through much of the 1990s, going through seven coaches and making just one conference finals appearance in an eight-year stretch despite the 1996 arrivals of O’Neal, who signed with Los Angeles as a free agent, and Bryant, the 17-year-old high schooler acquired in a draft-week trade.

Shaq and Kobe didn’t reach their potential until Buss persuaded Jackson, the Chicago Bulls’ six-time NBA champion coach, to take over the Lakers in 1999. Los Angeles immediately won the next three NBA titles in brand-new Staples Center, AEG’s state-of-the-art downtown arena built with the Lakers as the primary tenant.

After the Lakers traded O’Neal in 2004, they hovered in mediocrity again until acquiring Gasol in a heist of a trade with Memphis in early 2008. Los Angeles made the next three NBA finals, winning two more titles.

Through the Lakers’ frequent successes and occasional struggles, Buss never stopped living his Hollywood dream. He was an avid poker player, frequently participating in high-stakes tournaments, and a fixture on the Los Angeles club scene well into his 70s, when a late-night drunken-driving arrest in 2007 — with a 23-year-old woman in the passenger seat of his Mercedes-Benz — prompted him to cut down on his partying.

Buss’ children moved into leadership roles with the Lakers in their father’s later years. Jim Buss, the Lakers’ executive vice president of player personnel and the second of Buss’ six children, has taken over much of the club’s primary decision-making responsibilities in the last few years, while daughter Jeanie is a longtime executive on the franchise’s business side. 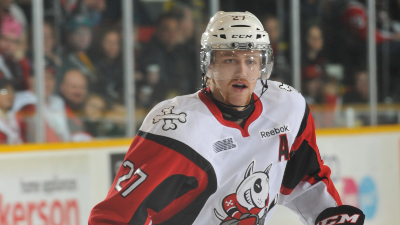