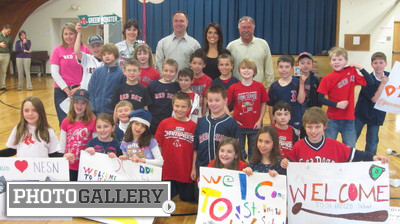 Jerry Remy, Don Orsillo and Jenny Dell started and finished Day 3 of the NESN Spring Training Kickoff Tour in the same manner: with plenty of laughs.

The NESN on-air crew stopped by two radio stations in Portland, Maine, on Thursday to begin the day. First, they appeared on WHOM 94.9 with a couple of welcoming hosts in Teddy McKay and Sandra Harris, where the topics ranged from “Pizzagate” to Jenny’s cooking resume and everything in between. Jerry, Don and Jenny then popped on over to Q97.9 for some more wacky conversations.

After saying goodbye to the third graders at St. Brigid, it was back on the road. The trio eventually landed at Binga’s Stadium Smokehouse and Sports Bar for a meet-and-greet session with some avid Sox fans. While at Binga’s, they answered some hard-hitting questions, gave some insight into their gameday routines and were even offered a beer by some of the locals. Of course, this all was in addition to Jenny receiving a Valentine’s Day gift from an unexpected romantic.

The NESN Spring Training Kickoff Tour will continue in Providence, R.I., on Friday. On the tour’s final day, Jerry, Don and Jenny will host a public meet and greet at the Warwick Mall in Warwick, R.I., at 3 p.m. 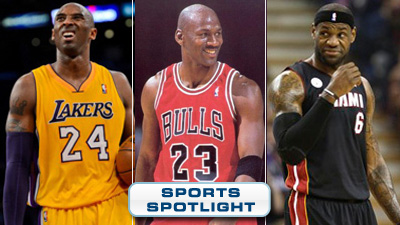