Kevin Garnett Says He Will Not Waive No-Trade Clause Despite Being Linked to Trade Rumors - NESN.com Skip to content As Thursday’s NBA trade deadline approaches, it seems like half the Celtics roster has been involved in trade rumors. As you paint up your next franchise-saving deal, you can leave one name off: Kevin Garnett.

Boston’s All-Star forward says he will not waive his no-trade clause. The latest rumor swirling around Garnett is that he will be traded to the Clippers for Eric Bledsoe and DeAndre Jordan. Despite owning a home in Malibu, Calif. and being good friends with Los Angeles guard Chauncey Billups, Garnett says he wants to retire a Celtic.

“If it’s up to me, I’m going to live and die green,” Garnett told reporters before All-Star practice.

Garnett is one of just four players in the league with a no-trade clause. That was one of the stipulations when he signed a three-year extension this offseason. 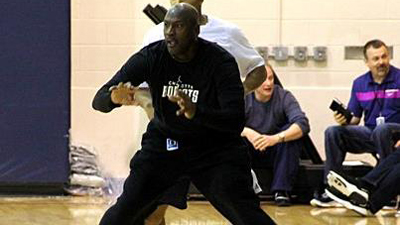