Kevin Youkilis Will 'Always Be a Red Sox,' Remembers His Time in Boston Fondly - NESN.com Skip to content

Putting on the pinstripes after donning a Red Sox uniform for almost a decade can make a player transform from beloved to traitor overnight,  but Kevin Youkilis still has nothing but the best to say about his time in Boston.

After being traded to the White Sox in June after nine years with the Red Sox, Youk braced for an emotional return to Fenway when Chicago came to town. On the eve of his homecoming he penned a classy letter to Red Sox fans thanking them for all the support.

Now, after signing a deal with the Yankees, his gratitude toward Red Sox Nation remains just as strong.

Fans gave Youkilis a standing ovation when he returned to Boston the first time, but despite the kind words and even despite the World Series championships he was  a part of, the “Youks” may actually be “boos” when he walks on to Fenway’s field in a Yankee uniform. 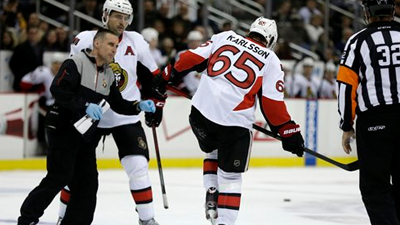 Senators Dealt Crushing Blow With Erik Karlsson Injury, All But Ending Chances of Return to Playoffs