Just one day after Michael Jordan stated that he would pick Kobe Bryant over LeBron James as the NBA?s best player, James is fighting back with arguments of his own.

While Jordan?s reasoning for picking the Lakers star over the Heat star can be traced back to number of championships, James doesn’t believe the answer is that simple.  He isn’t sold that the caliber of a player is directly proportional to the number of rings they have won — despite possessing one of his own.

James is no stranger to being compared to other greats, but that doesn’t mean he has to like it. During Friday?s media session for All-Star weekend, James made it clear that he isn’t reading too much into Jordan?s latest comments.

“I don’t play the game and try to define who I am over what guys say or how they feel about me,” James said. “It doesn’t matter to me. I play for my family, for my teammates, for my coaching staff and I play for our fans, and that’s it. What do I need bulletin board material for? My inspiration is the game I love. I don’t need nobody to pick me or not.”

James, Jordan and Bryant are considered the best of the best for a reason and a lot of that reason can be attributed to their competitiveness. What has made them stand out, however, is what is also going to keep this conversation from ever reaching a general consensus. 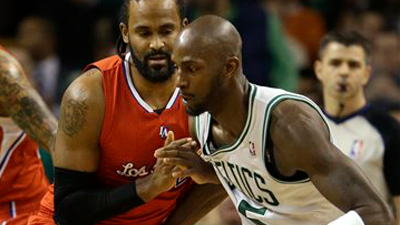 Report: Kevin Garnett Could Be Traded to Clippers for Eric Bledsoe, DeAndre Jordan