Lindsey Vonn Posts Picture of Knee to Instagram, Jokes She'll Have to Wear Long Skirts to Cover It (Photo) - NESN.com Skip to content

Lindsey Vonn has certainly been in the news a lot lately, and it’s been for widely disparate reasons.

Earlier this month Vonn suffered a gruesome crash at the World Championships in Austria, and the video pretty much immediately went viral. As a result of the mishap, Vonn tore both her ACL and MCL, shutting down her skiing career for the immediate future, and putting an appearance at the 2014 Winter Olympic Games somewhat in doubt.

However, Vonn’s managed to make a lot of noise off the mountain, as well.

A few days before the crash, rumors started flying that Vonn was dating prolific golfer and philanderer Tiger Woods, which continued after Woods sent his private jet to pick up Vonn overseas following the crash. All the theories seemed to be confirmed this week with reports that Vonn was spending time with Woods’ family, even teaching his children how to ski.

Well, count one more chance for Vonn to be in the news — and perhaps go viral — as the 28-year-old posted a photo of her busted knee to Instagram on Friday. Along with the photo Vonn wrote a caption admitted that the knee looks “not good,” and joked that she’d have to wear long skirts this summer to cover it.

Check out Vonn’s picture below. On Friday we learned that, in addition to being the fastest man on Earth, Usain Bolt can also dunk — two balls at a time, apparently. Some things in life just aren’t fair. “To have [Karlsson] taken out by a goon is unconscionable. Whether it was accidental, or whether it was reckless, or whether it was intentional, to me it doesn’t matter. It’s something that never should have happened. [Cooke] should never be playing in this league. It’s a league for elite players.”
–Senators owner Eugene Melnyk not mincing words about Matt Cooke 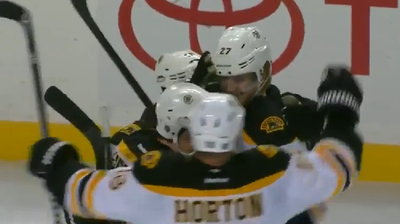 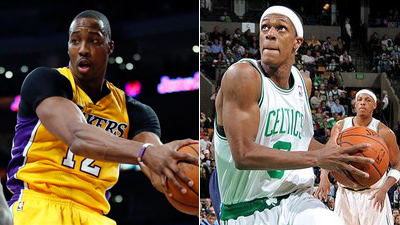