The good vibes of spring training, and the beginning of baseball after a long winter, cover a lot of ills. Players get second chances, guys are excited to be around each other, and things that wouldn’t be acceptable in the thick of a competitive season — or, perhaps, in the rest of humanity — are laughed at and accepted.

Luke Scott, who has one of the stranger track records in Major League Baseball, added to his list of head-scratchers on Monday. The Rays outfielder showed up at spring training with the head of a wild boar, which he told reporters he killed with a spear. Scott had promised a “show and tell” item, and his offseason hunting exploit — which has since been preserved, ever-smiling — appears to be it.

Scott, a career .260 hitter with the Astros, Orioles and Rays, is known more for his out-of-the-ordinary moments than any heroics. He famously pulled a hamstring while lapping the bases after a home run, and he incurred the wrath of Red Sox fans last year with some pointed comments.

With his very happy boar head, Scott is only adding to the strange reputation he is building. Check out the photo below. 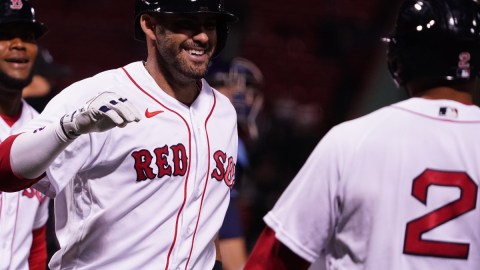 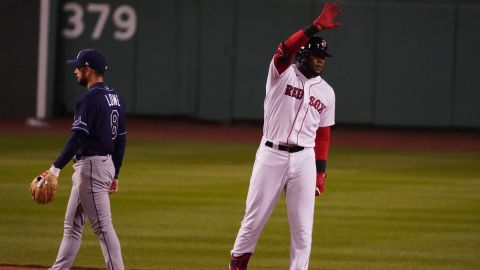