We’re less than a week away from college football’s best players invading Indianapolis, Ind., for a week of drills, interviews and evaluation.

The Chiefs still aren’t letting on about any of their thoughts at the top of the draft and no player has established himself as this year’s consensus No. 1. Andy Reid does appear set on trading for his 2012 third-round pick Nick Foles to be the new quarterback in Kansas City, potentially eliminating Geno Smith and Matt Barkley from any shot at going first overall.

Beyond the top, there are plenty of intriguing prospects to watch, including Georgia linebacker Alec Ogletree.

Notre Dame’s Manti Te’o received most of the attention at linebacker this season and Ogletree’s Georgia teammate Jarvis Jones often stole the headlines down in Athens, but Ogletree might be the best linebacker of the bunch.

Ogletree has been rising up draft boards for weeks, and showing off his impressive athleticism next week will only enhance his draft value. With the complete defensive turnover new head coach Doug Marrone is enacting in Buffalo, it wouldn’t be surprising to see the Bills take a run at Ogletree with the No. 8 selection.

There has been some noticeable movement on the draft board this week, although some hot names are beginning to etch out a firm place in certain spots. So, get your draft board ready and check out who could be headed where come April.

1. Kansas City Chiefs (2-14): Luke Joeckel, OT, Texas A&M
Nick Foles appears to be the target at quarterback for Andy Reid‘s regime in Kansas City, meaning Geno Smith and Matt Barkley have been all but ruled out here. So, taking the best player available is the play.
Previous pick: Joeckel

2. Jacksonville Jaguars (2-14): Bjoern Werner, DE, Florida State
The Jaguars were left in the sack cellar in 2012 with just 20 total on the season. Adding a speedy and strong rusher off the egde like Werner will be huge in beginning to turn this defense around.
Previous pick: Damontre Moore, DE, Texas A&M

3. Oakland Raiders (4-12): Star Lotulelei, DT, Utah
Richard Seymour could be a cap casualty in Oakland, meaning the Raiders will need some help along the inside of the defensive line. Who better to build the future of that group around than Lotulelei?
Previous pick: Bjoern Werner, DE, Florida State

4. Philadelphia Eagles (4-12): Barkevious Mingo, DE, LSU
Don’t be surprised if Chip Kelly follows his heart with an offensive playmaker here, but the Eagles would be wise to address some needs on defense.
Previous pick: Star Lotulelei, DT, Utah

5. Detroit Lions (4-12): Jarvis Jones, OLB, Georgia
Drafting an outside linebacker in the top five is a big risk, but Jones is the closest to a sure thing as you’ll get in a pass rusher. The Lions would be lucky to have him.
Previous pick: Jones

6. Cleveland Browns (5-11): Shelden Richardson, DT, Missouri
The Browns’ defense was good in 2012; adding a defensive tackle at the caliber of Richardson should help make them even better.
Previous pick: Barkevious Mingo, DE, LSU

7. Arizona Cardinals (5-11): Geno Smith, QB, West Virginia
It seems like everyone and their brother started for the Cardinals last season, so it’s about time they find a solid starter to build around for the long-term future.
Previous pick: Smith

9. New York Jets (6-10): Cordarrelle Patterson, WR, Tennessee
The Jets have a bevy of needs to address this offseason, but getting a playmaker on the outside is high on that list of priorities. Mark Sanchez needs a weapon to pair with Santonio Holmes if there is any chance of salvaging the young quarterback’s career in New York.
Previous pick: Chance Warmack, G, Alabama

10. Tennessee Titans (6-10): Damontre Moore, DE, Texas A&M
Moore is one of the more unique prospects in this draft. Some experts see him as a top-five talent while others can’t even see him in the first round. He’s good enough to go in the top 10 and the Titans will be willing to take him here.
Previous pick: Shelden Richardson, DT, Missouri

12. Miami Dolphins (7-9): Dee Milliner, CB, Alabama
Ryan Tannehill needs some help at wide receiver, but expect the Dolphins to address that need through free agency. The next biggest need might be at cornerback, where Sean Smith appears set to move on.
Previous pick: Cordarrelle Patterson, WR, Tennessee

15. New Orleans Saints (7-9): Kenny Vaccaro, S, Texas
The Saints were dismal against the pass in 2012, so why not enlist a talented young safety to help fix that problem?
Previous pick: Johnthan Banks, CB, Mississippi State

16. St. Louis Rams (7-8-1): Keenan Allen, WR, California
If Warmack falls this far, then the move is no brainer. In this scenario, though, taking the 6-foot-3 speedster might be Jeff Fisher‘s best bet.
Previous pick: Allen

17. Pittsburgh Steelers (8-8): Xavier Rhodes, CB, Florida State
Keenan Lewis could be on his way out the door, so the Steelers might need to find some up-and-coming talent at cornerback. Rhodes is a very physical player, which will fit perfectly in with Mike Tomlin‘s defensive strategy.
Previous pick: Shariff Floyd, DT, Florida

19. New York Giants (9-7): Dion Jordan, DE, Oregon
Osi Umenyiora and Chris Canty are goners. Jordan adds an NFL-ready end to the defensive line and should be a big-time playmaker in the pass rush.
Previous pick: Jordan

21.Cincinnati Bengals (10-6): D.J. Fluker, OT, Alabama
D.J. Fluker doesn’t have quite as much upside as some other tackles in this draft, but he’ll be a solid option for years to coem. Andy Dalton needs some protection, and the Bengals need to give it to him.
Previous pick: Lane Johnson, OT, Oklahoma

23.  Minnesota Vikings (10-6): Justin Hunter, WR, Tennesse
Percy Harvin looks ready to leave Minnesota in the dust. But replacing him with a 6-foot-4 monster on the outside might cheer Christian Ponder up some.
Previous pick: Hunter

24. Indianapolis Colts (11-5): Johnthan Banks, CB, Mississippi State
Rumors have been flying that the Colts are looking for some secondary help. Pair Banks with Vontae Davis on the corners and the Colts won’t be so susceptible against the pass.
Previous pick: Ezekiel Ansah, DE, BYU

26. Green Bay Packers (12-4): Manti Te?o, MLB, Notre Dame
Te’o is a top-10 talent, but character questions could see him fall down draft boards. The Packers would love to grab him here, though, as A.J. Hawk is likely headed for the exit.
Previous pick: Te’o

27. Houston Texans (12-4): Matt Barkley, QB, USC
This would be a risky pick, but one the Texans may need to make if they want to be a legitimate Super Bowl contender for years to come.
Previous pick: Barkley

28. Denver Broncos (13-3): Shariff Floyd, DT, Florida
The Broncos need someone to help in the secondary, but their biggest need still lies up front. Floyd could go a lot higher than this, but with the defensive tackle depth in this draft, it wouldn’t surprise if he fell into the late first round.
Previous pick: Sylvester Williams, DT, North Carolina

29. New England Patriots (12-4): Tavon Austin, WR, West Virginia
The Patriots may in fact be moving away from Wes Welker and Brandon Lloyd this offseason, which makes the shifty Austin a viable option here. He won’t replicate Welker’s production — at least not right away — but he does have a chance to be a special player.
Previous pick: Xavier Rhodes, CB, Florida State

30. Atlanta Falcons (13-3): Ezekiel Ansah, DE, BYU
With Tony Gonzalez‘s chances of returning now closer to 50 percent, the Falcons may be wise to address their needs on defense. Ansah may be a bit of a project, but he also could be the best defensive end from this draft three years down the road. Well worth the risk.
Previous Pick: Alex Okafor, DE, Texas;

31. San Francisco 49ers (11-4-1): Matt Elam, S, Florida
The 49ers will likely address their wide receiver deficiency on the free agent market, plus they spent a similar pick on A.J. Jenkins last year. Instead, they may want take a safety if Dashon Goldson decides not to return.
Previous pick: Terrence Williams, WR, Baylor

32. Baltimore Ravens (10-6): Kevin Minter, MLB, LSU
Te’o probably won’t fall this far, and the Ravens still need to make up for the loss of Ray Lewis. Minter seems like he could be just the fit.
Previous pick: D.J. Fluker, OT, Alabama 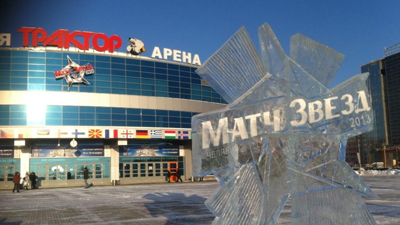