The NBA’s best and brightest will be on display in Houston on Saturday night as All-Star weekend kicks into high gear.

Year in and year out there is something new brought to the table, whether it’s Blake Griffin jumping over a Kia Optima or Green blowing out cupcakes.

In the past, Michael Jordan and Julius Erving threw it down from the free-throw line. But with dunk variations becoming increasingly limited as years go by, most competitors will have to decorate the old-school moves with new-school flavor. The 2002 edition of the event comes to mind. Vince Carter and Jason Richardson put on an athletic display for the ages as both put on tremendous performances with flashy settings and various destination angles. 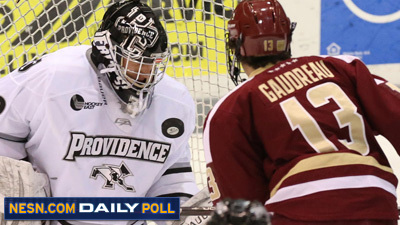 Vote: Which Hockey East Team Has Been the Biggest Second-Half Surprise?