Let’s get all of the puns out of the way now and say that acquiring Mike Carp doesn’t exactly mean the Red Sox reeled in a big fish. Carp is a serviceable bench player, though, and he’ll bring some added competition to the mix at a very reasonable cost.

The Red Sox on Wednesday acquired Carp from the Mariners in exchange for a player to be named later or cash considerations. WEEI.com’s Alex Speier reports that the Red Sox are not expected to part ways with a prospect of significance in the deal, which means the cost of acquiring Carp is essentially a small financial commitment and a spot on the club’s 40-man roster.

When you consider the very low risk of nabbing Carp, the deal certainly makes sense. Carp struggled last season, hitting just .213 in 164 at-bats, and he’s only a career .255 hitter with a .327 on-base percentage. He did show some promise in 2011, though, hitting .276 with 12 home runs and 46 RBIs in 290 at-bats. At only 26 years old, there’s plenty of reason to believe Carp might be able to replicate or exceed those 2011 numbers in the future if given the opportunity, so why not bring him in in exchange for small potatoes?

There’s still a chance Lyle Overbay, who the Red Sox signed earlier this offseason, could land the job of Mike Napoli‘s backup, but Carp provides more versatility given his experience at both first base and in the outfield. Plus, he — like Overbay — is a left-handed bat, so he could spell Jonny Gomes, a right-handed hitter who has performed much better against lefties throughout his career. Carp has the ability to work counts, and he’s not a bad defender at first or in the outfield, so he fits exactly the mold that general manager Ben Cherington has been seeking in a bench player as we inch closer to Opening Day.

Versatility is definitely the main reason Carp could be the option the Red Sox eventually elect to keep around after spring training, and his ceiling should play a factor in the team’s decision-making as well. Overbay is clearly at the tail end of his career, while Carp might have plenty of good years in front of him. Carp will have to show up and perform during spring training, though, as he’s not just going to be handed the job.

That’s actually the really great thing about bringing in Carp. A little spring training competition never hurt anyone, and adding Carp will only heighten a competition that figures to also include the likes of Mauro Gomez, Mark Hamilton, Daniel Nava and Mitch Maier. With some good fortune, each of these guys will push each other to perform better, and the Red Sox will come away from this spring with a good indication of what they’ll have this season for what is sure to be an important role.

If Carp earns the Red Sox’ trust and is a guy they elect to keep around, he could be in line for a good chunk of playing time this year. As mentioned, Gomes has struggled at times against righties, and Napoli’s hip condition means the Sox need to make sure they have a capable backup waiting in the wings.

Carp also has a rather favorable contract, which could play a role in determining his fate after spring training as well. Carp is out of options, meaning the Red Sox will have to either keep him around or place him on waivers, at which point another team would probably scoop him up. But if they keep him, meaning they like what they see in the veteran, Carp won’t be arbitration eligible until after this season and won’t be a free agent until after the 2016 campaign.

The Red Sox certainly have bigger fish to fry (sorry, it had to be done) when it comes to climbing the AL East ladder. Their rotation needs to improve, and the team’s veteran position players need to perform up to the level that they’re capable of playing at. As we saw last season, though, a bench player can quickly be thrown into a bigger role, and Carp should at least help show this spring training who’s worthy of a roster spot when the games start counting for real. 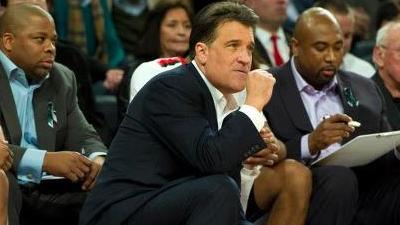 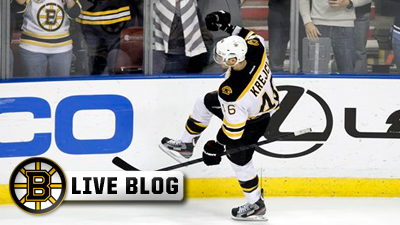