O.J. Mayo Still Makes Sense for Celtics, While Standing as Example of Why Any Trade Will Be Tricky - NESN.com Skip to content The Celtics have been attracted to O.J. Mayo for some time. Their interest stretches back at least as far as last season, when multiple reports indicated that the team was close to acquiring the then-Grizzlies guard for Ray Allen. When that deal failed to come together, Mayo headed into free agency, where the Celtics were among the teams that explored signing the 6-foot-4 combo guard.

A year later, Mayo is manning a sinking ship in Dallas and the Celtics are once again in need of backcourt help. With an affordable contract and useful skills, Mayo still makes some sense for the Celtics. But he is also an example of the obstacles standing in the way of the Celtics making any deal before the trade deadline arrives at 3 p.m. Thursday.

While the Celtics’ season has been no picnic, their struggles have been mild compared to Mayo and the Mavericks’. After finding tepid interest last summer, Mayo settled on a two-year, $8 million contract with Dallas. He got off to a blistering start, hitting 51 percent of his 3-point attempts through 16 games, before his shooting accuracy and overall production tumbled. He entered the All-Star break having hit only 59 of his last 163 shots from beyond the arc, or barely 36 percent.

The Mavericks mirrored Mayo’s fall. They have fallen to fourth place in the Southwest Division after a stretch of 13 losses in 15 games, and veterans such as Dirk Nowitzki and Shawn Marion have indicated through their comments that they are growing restless.

Still, Mayo remains just the type of player many teams, but particularly the Celtics, would covet. For a player who can handle the ball fairly well, he is an excellent shooter, regardless of his slump. His contract is bargain-basement for a player of his caliber, and he can opt out of the roughly $4 million due him for 2013-14 if he thinks he can find a better deal on the open market. Furthermore, the Mavericks have little use for him in the long term. Close to $20 million comes off their payroll this summer, when they are expected to make long-shot runs at signing Dwight Howard and Chris Paul.

All it would take for the Celtics to get Mayo is for the Mavs to throw in Chris Kaman‘s $8 million expiring deal — oh, and Rajon Rondo.

No team gets something for nothing, and this is where every trade proposal tends to fall apart. It certainly makes sense for the Celtics to add a 25-year-old lead guard in Mayo and a capable 30-year-old frontcourt scorer in Kaman, especially if the move does not hamstring the team financially. It also makes sense that the Mavericks, who have spent this season with a patchwork point guard rotation of Darren Collison, Rodrigue Beaubois and Derek Fisher, to acquire the franchise point guard they have long sought. (They pushed for Deron Williams, who re-signed with the Nets, last year.)

But does it make sense for the Mavs to let go of Kaman, who has been sidelined since January with a concussion and whose biggest value is in the $8 million that comes off the books this offseason? Does it make sense for the Celtics to assume their current run of eight wins in nine games is a realistic indicator of their long-term success without Rondo? Dallas would need to be truly convinced that this is a lost season before they traded for an All-Star who is out for the season with a torn anterior-cruciate ligament in his right knee. Boston would need to be truly convinced that the past three weeks have not been smoke and mirrors before they dealt the future of their franchise.

No matter how attractive a trade might seem, always keep in mind that there are at least two sides to every deal, and every addition comes with a subtraction. Josh Smith would help the Celtics, obviously, but he is not nearly as good as his statistics suggest. Plus, Boston has little to offer that could really interest the Hawks. DeAndre Jordan would block shots and Eric Bledsoe would give the Celtics another ballhandler, but that could turn out to be a lateral move if Boston’s defense crumbles without Kevin Garnett as its anchor.

A year after he was first connected with the team, Mayo is still a good fit for the Celtics. Like every move that will be discussed in the coming days, however, he may not be worth the price they would need to pay. 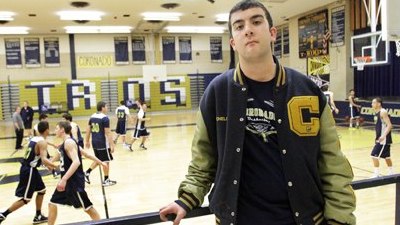 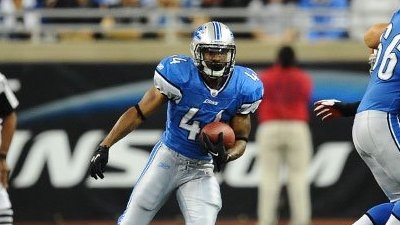