Report: Celtics Will Also Trade Paul Pierce If They're Able to Move Kevin Garnett Before Deadline - NESN.com Skip to content The Celtics could be headed for a seismic shakeup, and it could be happening very soon.

Yahoo! Sports’ Adrian Wojnarowski has a nugget-filled post about the Celtics and their trading prospects with the Thursday trade deadline looming. While he reports a potential deal that would send Kevin Garnett to the Los Angeles Clippers is dead for now, it could certainly be revitalized. Interestingly, Wojnarowski reports that Chris Paul could play a leading role by going to Clippers management and pleading for the deal to get done.

If the Celtics are able to unload Garnett (Wojnarowski seemed to think Garnett would waive his no-trade clause to join the Clippers), it would likely mean the end of the line for Paul Pierce in Boston.

“If the Celtics trade Garnett before the deadline,” Wojnarowski wrote, “they would move Pierce, too, sources said. For the Celtics, the chance to get [Eric] Bledsoe and [DeAndre] Jordan could be a prelude to trying to package Pierce in a possible deal to the Atlanta Hawks for Josh Smith, sources said.” 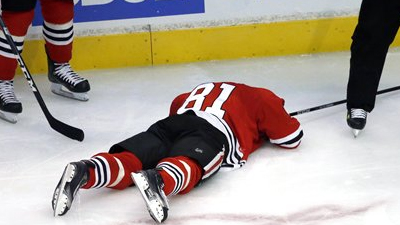