Rob Gronkowski isn’t afraid to show a little skin, so he might as well get paid for his efforts.

Gronkowski, who has quickly become one of the biggest names in sports entertainment, was offered a contract with Sex.com, an adult film website, to star in a movie alongside his friend and adult film star Bibi Jones. The kicker in the deal is that the website also offered to match Gronk’s $3.75 million salary from the Patriots for his part in the film, according to the New York Post.

The Patriots’ tight end has a longstanding history with Jones, as the two have been photographed together multiple times, including one where Jones is clearly shirtless.

Gronk has already been photographed a few times this offseason partying shirtless, even taking part in some wrestling out in Las Vegas. But this would take the Pro Bowler’s party antics to a whole new level.

While the offer is lucrative and surely very tempting for a 23-year-old kid, Gronk likely won’t be stripping down anytime soon. The Patriots run a very strict and tight knit organization, not to mention that Bill Belichick doesn’t stand for negative publicity. So, don’t expect Gronk to be pulling a Full Monty anytime soon, at least not on the big screen. 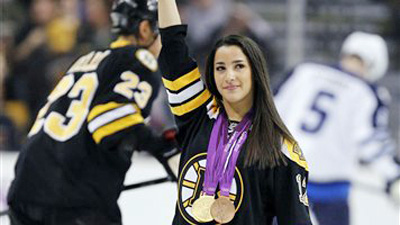