Unless you have high hopes for Kamar Aiken, Jeremy Ebert and Andre Holmes, you have to agree that wide receiver is a huge need for the Patriots heading into the 2013 season.

Those three practice squad players, along with Brandon Lloyd and Matthew Slater, are the only five wide receivers currently signed in New England. Julian Edelman, Donte Stallworth and Wes Welker are all free agents. Of course, Slater is primarily a special teamer, and with an out in his contract, Lloyd is no guarantee to return next season.

The Patriots have some decisions to make. They can either keep Lloyd and re-sign Welker and Edelman, they can head to free agency and try to sign Danny Amendola, Dwayne Bowe or Mike Wallace, they can trade for Percy Harvin or they can head into the NFL draft and try to develop a young option for Tom Brady — and his eventual successor — to throw to.

The Patriots have not had a lot of past success in this regard. Since Bill Belichick came to New England in 2000, they have drafted 10 wide receivers. Let’s go through that list: Branch (that’s a good start), David Givens (great seventh-round value), Bethel Johnson (uh oh), P.K. Sam (well, not all fifth-round picks work out), Chad Jackson (we’re sensing a pattern), Slater (an All-Pro — at special teams), Brandon Tate (hmm, another fast guy that didn’t work out), Edelman (finally, another success story), Taylor Price (another bust) and Ebert (aforementioned practice squad player).

Surprisingly the Patriots, who many would consider a team that takes a conservative approach to the draft — typically trading down — have mostly drafted athletes at the position rather than players with sturdy hands and experience in multiple routes. That should change this year. The team doesn’t have the benefit of developing young players with so few wide receivers on the roster. Whoever they draft should be able to step in right away, not take a redshirt season like Price did three years ago.

Fortunately, there are many players in this draft that should be able to step in right away. The 2013 rookie wide receiver class is stacked with big, fast players who have obviously concentrated on catching the ball away from their body and developing nice, clean route-running skills.

Chiefly among those players is Clemson wide out DeAndre Hopkins. Now, depending on which draft board you’re looking at, Hopkins may not be around when the Patriots pick. If he is, though, he could be just what they need to further their offense.

The Patriots ran a high-efficiency system in 2012. They focused on getting the ball down the field in as many plays as possible while maintaining a quick pace. That worked out great for most of the season. The problem with it, though, is that every play is equally important. If a second-down run goes for negative yards rather than the three they’re expecting, the drive can easily stall. After Aaron Hernandez and Rob Gronkowski went down, there were fewer players to stretch the field.

Hopkins offers a player with underrated speed that could stretch the field if needed, and he can still run shallow to intermediate routes with experience. His hands are strong, and most importantly, he has the ability to attack the ball. Some of Tom Brady‘s best throws thread the needle between coverages. He needs to player like Hopkins who won’t be afraid to pick the ball out of the air, even if it means some contact with a defender.

Among other big bodied receivers who offer a versatile approach are Robert Woods, Da’Rick Rogers and Cobi Hamilton. Hopkins and Woods will likely be first or second rounders, while Rogers and Hamilton could slip further despite offering more size to the position.

Woods had a down year in 2012 compared to 2011, but some of that was on quarterback Matt Barkley, and some was on the emergence of sophomore phenom Marqise Lee. Woods runs nice precise routes and is smart at getting yards after the catch (Lloyd’s inability to do this was among the biggest complaints to his game in 2012). He’s another all-around wide receiver who has the size and speed to go deep, and the hands and footwork to compete over the middle.

Rogers, who got kicked out of Tennessee after the 2011 season, and Hamilton, who had a down year in 2012 along with the rest of the Arkansas Razorbacks, could offer solid value in the third round or later. Rogers is a character concern (he got kicked out after failing multiple drug tests), but Belichick has proven to take a risk on some of those guys, especially as they fall down the board (hello Hernandez and Alfonzo Dennard).

If the Patriots are looking for more of a slot receiver to replace Welker and Edelman, there are plenty of options there as well. West Virginia products Tavon Austin and Stedman Bailey offer the brightest futures.

Austin is a Harvin clone who can get the job done as a returner, a running back or an outside or inside receiver. He could be used primarily as a slot guy, but that may be wasting his full set of skills.

Bailey on the other hand, was crowned “the best route runner in college” by his quarterback Geno Smith. He has underrated speed, strong hands and even flashes some skills in the deep game. If the goal is to replace Welker, Bailey would be a strong choice. He may not take in Welker’s share of 170 targets per year right away, but it may not be long before he becomes that player.

Some other slot guys the Patriots could look at are Ryan Swope out of Texas A&M, Ace Sanders of South Carolina or even Denard Robinson of Michigan. New England proved with Edelman that they were willing to take a chance on a former quarterback turned wide receiver. Robinson offers even more upside than Edelman did, though he’ll also come at a higher price tag.

In this draft class, there’s a receiver for every flavor. Cordarrelle Patterson is a big wide out with Hernandez-like moves after the catch, Markus Wheaton is a Mike Wallace burner-type and Quinton Patton is as dependable, but equally unspectacular, as they come.

There’s value all over the 2013 draft at receiver, and it will be one of the team’s biggest targets come April no matter who they decide to re-sign in free agency. There aren’t many raw options this year, so hopefully they’ll avoid another Johnson, Jackson, Tate or Price. 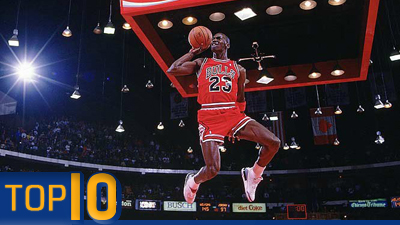 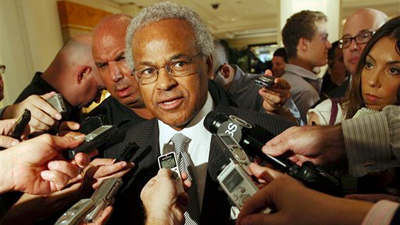