The Redskins have come under fire recently for the defense of their team name, but the real problems lie on defense. But Mike Shanahan is taking steps to fix the team’s biggest liability.

The Redskins signed defensive lineman Ron Brace on Thursday,  according to the team’s Twitter feed. Brace was a second-round pick of the Patriots in 2009 and played four seasons in New England. The move adds some much-needed depth to a Redskins defensive line that endured some injury in 2012 and could use some added depth heading into next season.

Brace was an interesting prospect coming out of Boston College four years ago. He was an effective pass rusher up the middle and did a great job of clogging up running lanes, but the Patriots never really saw his raw talent develop on the field.

Brace totaled 39 tackles and just four tackles for loss in 39 games over four seasons. He never played a full season in New England, playing in 10 games or more just twice and watching his production continually taper off. After managing just four tackles in 10 games in 2012, the Patriots released Brace on Dec. 29.

Brace, 26, is still young and at 6-foot-3 and 330 pounds has the potential to be a forceful lineman along the defensive front. The Redskins are taking a chance with Brace, but if he can harness his talent and avoid the nagging injuries he could turn out to be a very valuable player. 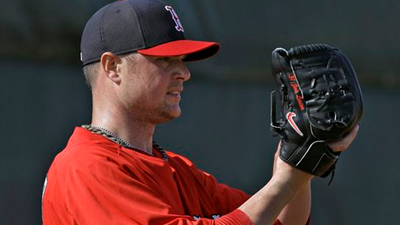