No, Tom Brady probably didn’t make Bob Kraft and Bill Belichick give him a secret handshake, promising that if he gave them a few million, they’d turn and sign his buddy, Wes Welker. Sentimental Patriots fans would only like to think that.

But that doesn’t mean that Brady restructuring his contract — the second time in a calendar year — wasn’t done with Welker in mind. Yes, it’s a “team-friendly” deal (but hold your horses, because it could be a lot friendlier) — but, more than that, it’s a Welker-friendly deal. While the Patriots may not have had much wiggle room before to give Welker the multiyear contract he wanted, the timing of Brady’s extension and the space it provides means the Patriots have no excuse now. They are ready if they choose to make a move.

After many proclamations that the Pats would like to make Welker a Patriot for life, now is the time. The idea of an extension before free agency begins in March is not far-fetched, with New England wise to lock up Welker quickly rather than letting other teams drive up the price — or steal him away.

The Patriots also need to move quickly on Welker for other reasons. Welker has always been the first domino in New England’s 2013 offseason. While help is needed on the offensive line, with Sebastian Vollmer a free agent, and in the secondary, where Aqib Talib and Alfonzo Dennard are gambles on which the Pats need to decide, the championship road in New England will always go through Brady and whoever is on the other end of his throws.

The Patriots have had several eras since Belichick became coach in 2000, and it’s clear which blend New England prefers. Defense and Brady won three titles, a lack of offense led to short-circuited playoff hopes for several years, and then a horrible secondary hamstrung the Patriots’ offense-powered teams in recent years. The Patriots prefer the final rendition — and the hope that they can plug defensive holes — over going back to the offensively weak teams that negated Brady’s ability for many seasons.

The reason Welker is such an important signing is because having him on the team gives the Patriots another area they can cross off their development to-do list. While New England has had skill developing young players or plugging in veterans here and there, such as on defense, some positions are vital and can’t involve guesswork. Wide receiver — at least one wide receiver spot — has become one of those. The Patriots have had serious hiccups incorporating new wide receivers in recent years, from Chad Ochocinco to Brandon Lloyd. Spending extra for a proven player who has been a bargain for the team is plenty reasonable if the payoff is avoiding the headaches that have happened before (Chad Finn‘s take, and his comparison to the Deion Branch situation, is especially helpful on this one).

Once Welker is taken care of, the team can get to its other pressing needs, deciding whether to bring back Talib and doling out money on other positions. The draft, free agency and the trade market all have plenty of possibilities for the Patriots to comb through, and the team could go in many directions as it evaluates personnel and cap space.

But one spot where the Patriots have likely long had their minds made up is at wide receiver, where Welker has been among the best. The powers that be know whether Welker will be back — it just took time to answer the final questions (like if someone like Julian Edelman could take his place) and to free up the money that could make investing in one offensive tool worthwhile when trying to build a team that is losing about two dozen free agents.

The Patriots know whether they consider Welker essential, or whether they’ll be happy with what he’s done for several seasons and let him go. But in terms of when that decision will be made public in the form of a contract? That time is now. The big domino has fallen in freeing up money to sign Welker, and now the Patriots must pull the trigger before free agency so the rest of the team can be put in order. The Pats have enough to spend on Welker and then pick freely among other the pieces, with no excuses. Waiting gains them nothing.

Who knows whether Brady had a hand in getting Welker on the team for another season. This much is clear, though: Brady isn’t interested in returning to the years when he didn’t have a receiver as reliable as Welker to make his offense go, and he’s shown that in a big way by reworking his deal. The Patriots now must show whether they agree. 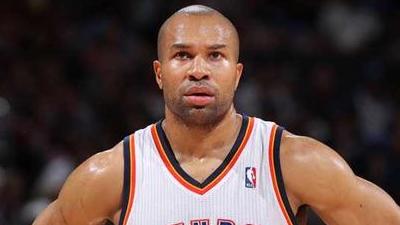