Just in time for Valentine’s Day, Tyler Seguin is making sure his many female admirers know he is still on the market.

Seguin addressed rumors about his dating resume and more during a wide-ranging interview with the Improper Bostonian, talking about life both on and off the ice in a feature for the Feb. 13 issue.

“Every two days someone comes up to me and asks about a girl I?m supposedly seeing,” the Bruins forward said. “I?m very single.”

Seguin discusses more than just his private life in the interview, however. He also dubs Zdeno Chara the team’s best fighter (while noting Shawn Thornton‘s agility), but admits that there is at least one opposing NHL player who gives him the willies.

“There?s one guy, Zenon Konopka,” Seguin responds when asked about not wanted to meet a player in a dark alley. “I just don?t like playing with him.”

The 21-year-old also discusses showering with the Stanley Cup and how he kept busy during the NHL lockout in the candid Q&A.

Seguin also had the honor of gracing the magazine’s cover for the issue. Check it out in the photo below. Jared Sullinger Limited to Sitting in Recliner, Playing Video Games As He Recovers From Back Surgery 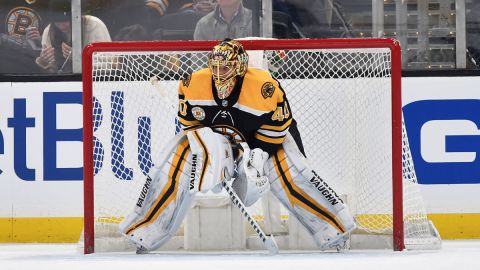 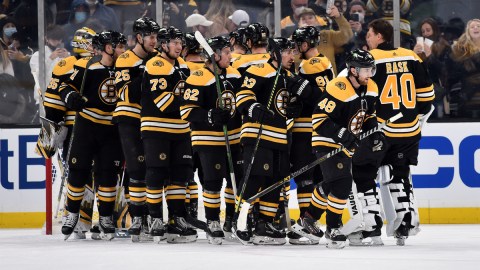 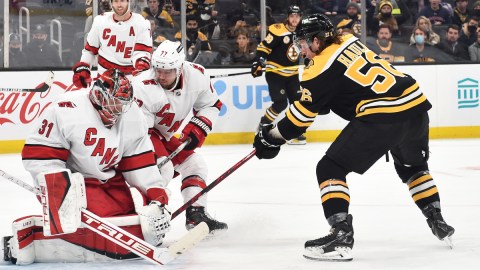 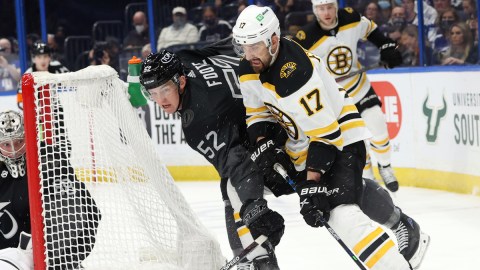