The Bruins were in a giving spirit Monday night, rebounding from a tough stretch with a 3-2 shootout win over the Maple Leafs and sending their fans into the night in a chipper mood.

But a win and good times weren’t the only things the B’s were giving away Monday. Bruins assistant coach Geoff Ward also left one fan with quite the memento.

A fan seated behind the Bruins bench appeared to have it all as he soaked in the game with a great view of the players and the action. As he sat sipping his beer midway through the game, though, he got one more gift to top off the evening.

Ward apparently was irritated with his earpiece, and he pulled the device off and chucked it over his shoulder. There was just one problem — Ward gave the earpiece such a good flip that it cleared the glass behind the bench and landed right in the fan’s beer.

The fan, who had just taken a sip of his drink before the flying earpiece plunked into it, was left looking to the heavens and wondering what just happened. Ward couldn’t have made a better shot if he tried.

Check it out in the video below. (Barstool Sports also has a great GIF.)

This guy is back. Why have fatheads or Photoshop when your real face can do this?

What’s better, the dunk or the responses from the ref and the fans? 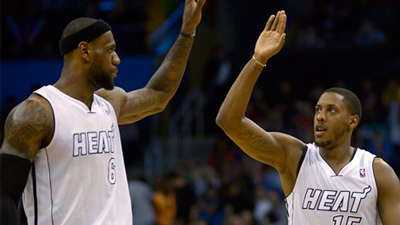 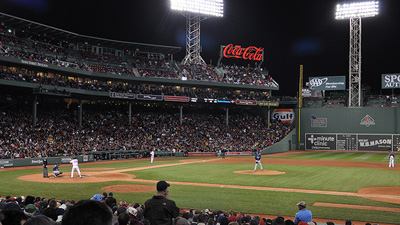