When the Bruins traded Hannu Toivonen to the St. Louis Blues in July of 2007, the piece they got back in return came with a couple of question marks. The uncertainty surrounding the then 21-year-old Carl Soderberg — the player the B’s received for the underachieving goalie — was warranted.

Soderberg was a forward with good size, but also with questions surrounding his mental makeup, and he was coming off of an eye injury.

“Here’s a player they had very high expectations for,” Bruins general manager Peter Chiarelli said at the time of the trade. “He may turn into maybe not an elite player but a very good player. There were times when he dominated the world juniors when he was playing.”

Just as importantly was the fact that Soderberg may not even play in North America.Â The final concern came to be, as Soderberg has played his entire professional career in his native Sweden.

Now it sounds like Soderberg is willing to test the NHL waters. TSN’s Darren Dreger reported Thursday night that the 27-year-old center has expressed interest in joining the Bruins upon the completion of the Swedish Elite League playoffs.

Chiarelli must be thrilled, as he has already said that the Bruins have been trying for years to get him out of Sweden.

“Heâ€™s had a hell of a year and heâ€™s grown into a big strong kid now, a man, and heâ€™s told us that he feels heâ€™s ready now,” Chiarelli told the Boston Herald. “Heâ€™s a good player, big strong player. There are still some steps to go, but it looks good.”

Soderberg is in the middle of arguably the best season of his professional career. The 2004 second-round draft pick has 31 goals and 29 assists in just 54 games this season, and he’s a plus-28 for Linkoping HC. The 6-foot-3, 207-pound forward with the left-handed shot also had 14-21-35 totals last season.

Of course, it’s still a little bit too early to really know how Soderberg would fit into this Bruins team this season. He’s obviously a big forward who is a natural center, but Dreger tweeted Thursday night that the Bruins feel like he could play on the wing. One would think that means he might be a fit on the Bruins’ third line, as the B’s are now calling on Jordan Caron to try his luck on that line alongside Chris Kelly and Rich Peverley after Chris Bourque failed to catch on there.

According to various scouting reports, Soderberg might be a bit of a defensive liability in his own zone, which is obviously a red flag with a Claude Julien team. However, it sounds likeÂ he’s starting to iron those things out.

“A strong player with great size combined with good technical skills,” reads Soderberg’s scouting report on HockeysFuture.com. “Earlier his defense was somewhat questionable but he has become a much better player without the puck.”

If he does join the Bruins — and as a member of the club’s reserved list, he won’t have to clear waivers — it’s unlikely his addition will hurt. In fact, he could prove to be a very suitable addition for a club that could use a little forward depth.

Check out some of Soderberg’s work in the video below. 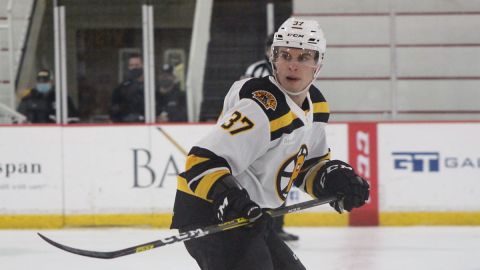 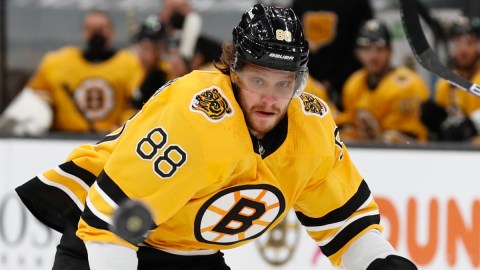