Costa Rica’s protest over Friday’s “snowmaggedon” game certainly has merit. It’s FIFA’s job, not ours, to decide how much it has.

Should world soccer’s governing body heed Costa Rica’s call, invalidate the U.S. Men’s National Team’s win and order a replay the FIFA World Cup qualifier, it will be within its right to do so.

While FIFA can scrub the result from the record books, it can never strike the memory of the game from the minds of the players, fans and wider sporting public.

Friday’s contest took place in near whiteout conditions in Commerce City, Colorado ( just outside of Denver), as a snowstorm started two hours before kickoff and raged throughout the game. It blanketed the field at Dick’s Sporting Goods Park with snow, despite the best efforts of the grounds crew.

Neither team could play much actual soccer. The the wintry weather made controlling and kicking the ball almost impossible for the seasoned professionals on the field. But the U.S. prevailed in the end thanks to newly minted captain Clint Dempsey, who scored the game’s only goal in the 16th minute. The U.S. battled the conditions, opponents and their own demons to preserve the shutout. It was one of the most memorable games in U.S. soccer history, and the victory made the whole occasion absurdly beautiful for American partisans.

It’s impossible to tell how FIFA will decide. It only said it is studying “the content of the letter and next steps will be determined in due course.” It’s even harder to say how FIFA should rule on this case, as there are too many unknowns (as of Monday afternoon) to make a definitive statement. ESPN reports FIFA regulations state that the protesting team’s captain must immediately lodge a protest to the referee in the presence of the other team’s captain. If that actually happened, Dempsey didn’t talk about it after the game. There are other procedural factors to consider.

“Costa Rica also had to file written protests with the match coordinator within two hours of the final whistle, and to FIFA’s administration by registered letter within 24 hours, ‘otherwise they shall be disregarded,’ the regulations state. FIFA had yet to determine whether Costa Rica had followed those procedures,” ESPN continues.

After 30 minutes of play, the game was clearly becoming a farce. When referee Joel Aguilar halted play around the hour mark, I assumed he would abandon the contest. But the Salvadoran official resumed the game. Whether or not Aguilar should have called off the game is a subject for endless debate. It’s more of a matter of personal taste.

Contrary to popular opinion, neither team benefited from the conditions. The American players are from all over the country, and their places of upbringing don’t necessarily make them more appreciative of the cold and snow than the Costa Ricans. Besides, any professional club almost anywhere on earth would stop or move practice inside when confronted with weather like we saw on Friday. Soccer players don’t play in that kind of weather … unless they have to.

Analyzing performances is another thankless (borderline fruitless) task in a game like this, but a few things stood out. The Sporting News’ revelations of divisions and discontent within the U.S. camp dominated the lead-up to the game, but the players and coaches didn’t let the potentially explosive report distract them from the task at hand. They displayed an abundance of commitment, focus and determination in securing the famous and ugly victory. Their collective performance was a credit to their professionalism.

Dempsey continues to be the Americans’ most important player, as he has been for the majority of the current World Cup cycle. The star forward flourished in his first game as captain by doing what he does best — popping up near the opponents’ goal with a perfectly timed run and putting the ball in the back of the net — and a few extra things, according to U.S. Soccer.

“You just got to make sure you’re being smart out there, making sure you’re putting out a good shift and leading by example,” Dempsey said. “Maybe when you lose the ball, you?re chasing down lost causes. It?s in the back of your head a little bit more to give a little bit of that extra effort.”

The U.S. Men’s National Team is in transition, and the road to the future is full of bumps and potential pitfalls. Head coach Jurgen Klinsmann has embraced and promoted the concept of “urgency” since taking charge of the U.S. team in August 2011. He was a picture of urgency as he was pressing Aguilar to let play continue. His players responded, even embodied, their coach during the tense final half hour of the game. Last month’s loss to Honduras, combined with the upcoming game in Mexico City made the Costa Rica contest a must-win for the U.S. They responded and eased the pressure of the moment.

If FIFA orders a replay, the U.S. should be confident in its chances of winning and doing so by a greater margin. Any potential replay would take place later in the year. The U.S. would be further removed from its transition troubles and closer to peak form, fitness, sharpness and chemistry (which has a target date of June-July 2014).

If the result stands as is, the U.S. soccer and sports community will continue to celebrate that iconic game known as “snowmageddon.” The country will remember that night when it turned on ESPN just after someone shook up a snow globe and watched. When it settled, Dempsey, Klinsmann and friends were standing in the middle of it all, enjoying their finest moment to date. 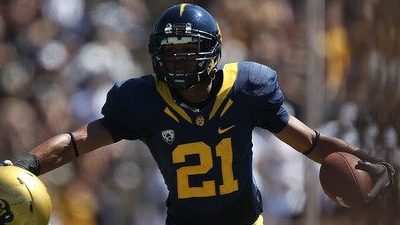