Emmanuel Sanders Has Not Signed Offer Sheet From Patriots Despite Contrary Reports - NESN.com Skip to content While you were sleeping, Patriots fans who were awake ran the gamut of emotions.

Around 1 a.m., a report came out from the Pittsburgh Post-Gazette that the Patriots had signed Steelers wide receiver Emmanuel Sanders to an offer sheet. Since Sanders is a restricted free agent, that meant the cash-strapped Steelers would have to match the offer sheet, or the Patriots would get the wideout in exchange for a third-round pick.

Adam Schefter of ESPN.com dropped the hammer at 6:57 a.m., though, saying the Patriots were still “mulling whether to sign” the receiver to the offer sheet. The Patriots brought Sanders, safety Adrian Wilson and defensive ends John Abraham and Dwight Freeney in for visits on Friday. So far, Wilson is the only player to have come away with a contract. 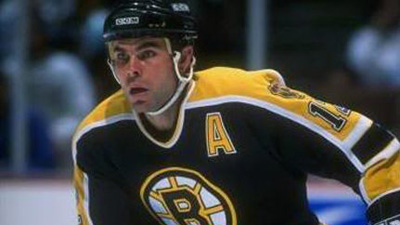 Which Goalie Did the Bruins Receive From the Capitals in the Adam Oates Trade in 1997?