Jackie Bradley Jr. Can't Do Anything More to Prove He Belongs in Big Leagues, Should Break Camp With Red Sox - NESN.com Skip to content Last April, a young, 20-year-old center fielder did not break camp with his big league club despite his obvious talents. In 20 games in Triple-A, that player blew away the competition to the tune of a .403 batting average, 1.091 OPS and six stolen bases.

“When you’re playing that well, you tend to push the door open for yourself,” manager Mike Scioscia said at the time of one Mike Trout, about two days before he was finally called up.

Well, while he may not have quite the limitless ceiling of the Angels star, Jackie Bradley Jr. is also pushing doors open with his play this spring. Heck, he’s not just pushing them open, he’s slamming them so hard they’re falling of their hinges.

After a pinch hit single in Tuesday’s Grapefruit League matchup with the Blue Jays, the 22-year-old Red Sox center field prospect is 15-for-28 this spring, including a home run, two doubles and five walks. Likewise, despite a highly questionable error called on him on Tuesday, Bradley’s also looked stellar defensively roaming the outfield.

In short, Bradley has done everything humanly possible to prove during the spring that he deserves to not only break camp with the Red Sox, but that he deserves some regular at-bats with the big club, as well.

Of course, the argument against Bradley breaking camp with the Sox (such as written here by NESN.com Red Sox beat writer Ricky Doyle) is an easy one to formulate: He only has 271 plate appearances above Single-A, and hasn’t consistently had to face pitchers who can locate their stuff yet. Moreover, some question whether it makes sense to move him temporarily to a corner outfield spot, and even service time and free agency come into play — if Bradley starts the season in Boston rather than getting called up in, say, June, he hits the open market after the 2018 season rather than after the 2019 season.

However, all these arguments are moot for two reasons: 1) Bradley is proving he’s ready for the big league challenge, and 2) he can help the Red Sox win right now.

While it is something of a concern that Bradley hasn’t faced much advanced pitching, his incredible patience at the plate — he walked 87 times in 575 plate appearances between Single- and Double-A last season — suggests a player who will be a viable major league hitter, even if he has to adjust on the fly. But moreover, Bradley can affect the game in so many different ways — with his glove, arm and legs, as well — that it’s almost impossible to imagine a scenario where he wouldn’t be a plus player right now at the major league level.

Additionally, some of the peripheral concerns about Bradley’s development are just absurd.

The Angels have shown no hesitation in moving Trout to left field this spring, despite the fact that he played Gold Glove-caliber defense in center last season. Likewise, the team routinely inserted Peter Bourjos as a defensive substitution in center late in games last year, moving Trout to left, and the only complaints you hear about it are from Trout’s agent — who’s concerned with Trout’s value, not his ability to play center.

Additionally, service time concerns just shouldn’t be a consideration with the perpetual win-now Red Sox. In short, Boston is not Tampa Bay, and the team should not pretend to act as such. The Rays make decisions like the one they undoubtedly will this year when they keep uber-prospect Wil Myers in the minors to start the season because they have to. Tampa Bay just doesn’t have the resources to often lock up their free agents or even keep players in the latter years of arbitration.

The Red Sox do have these resources, so the suggestion that Boston should do business like they do in Tampa Bay is nothing short of absurd.

In short, Bradley may not be the slam-dunk impact player that Trout was, but his plate discipline, in particular, is a very strong indicator that he won’t be overwhelmed in the big leagues. Given his unparalleled performance this spring and plethora of game-changing tools, Bradley’s practically a player the Red Sox can’t afford not to keep — if they want to win now, that is.

The Angels waited 20 games into their 2012 season — during which time they went 6-14 — before calling up Trout. Los Angeles missed out on the playoffs by four games, so if they had simply played .500 ball to start the year, they would have been in the postseason.

Could Bradley make a similar impact with the Red Sox? Who knows. But one thing’s for sure: Bradley is too talented and has proven too much this spring for Boston to play “what if” games and risk regretting not giving the talented youngster a shot later. 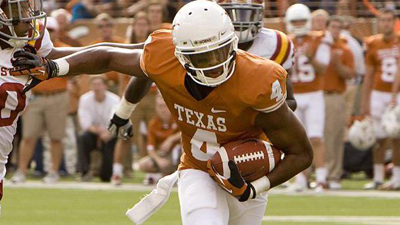