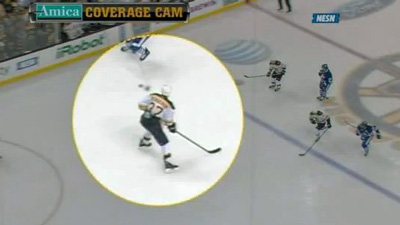 Did Rich Peverley or Patrice Bergeron Win the Amica Coverage Play of the Week?