March Madness hits the ice this weekend, and NESN will be bringing you some of the action from rinks across the nation as two local teams face off.

NESN is set to televise two games this weekend, with two of the best and hottest teams in the country. Coverage will begin Friday afternoon when the UMass-Lowell River Hawks take on Wisconsin in Manchester, N.H. The River Hawks are coming off their first Hockey East title in school history. That game will be seen on NESN beginning at 4 p.m. ET.

That will be followed up on Saturday as the No. 1 team in the country, Quinnipiac, opens its run toward the Frozen Four against Canisius. The Bobcats will begin that quest on Saturday night in Providence, R.I., and that game can be seen on NESN at 5:30 p.m. ET. 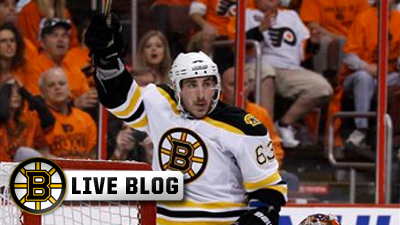