It’s no secret that the Patriots struggled on defense last season. They attempted to address their lagging secondary last offseason without much success, and they have taken steps this offseason to secure a solid defensive core by agreeing to a one-year deal with cornerback Aqib Talib, re-signing cornerback Marquice Cole and bringing in John Abraham and Dwight Freeney in for free-agent visits.

At 6-foot-7 and 290 pounds, Okine was a four-year player at Florida who finished with 27 career tackles and one sack. Okine garnered the defensive MVP award in the 2013 Texas vs. Nation postseason all-star game after posting two sacks and returning a fumble for a touchdown.

Check out some of Okine’s career highlights in the video below.

Jackie Bradley Jr. Vows to ‘Try to Push the Envelope,’ Says ‘I Know Where I Want to Be’ 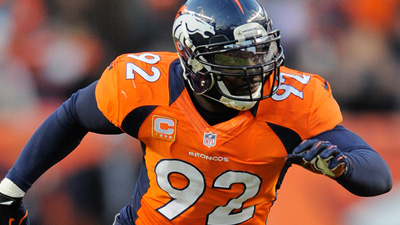