In 2001, teen pop sensation Aaron Carter released the song “That’s How I Beat Shaq.” It’s been 12 years, but Shaquille O’Neal still isn’t over the devastating loss.

That’s why O’Neal decided to go one-on-one with Carter for TruTV. Shaq told the Backstreet Boy’s brother that if he scored a single point against the former NBA center, O’Neal would give him $5,000. It appears Carter will still have to live off his early 2000’s royalties.

The best part of the video comes at the 1:23 mark when Shaq yells, “I am Kazaam!” as he drains a shot over Carter’s head. If you’ve never seen Kazaam, Shaq’s movie about a rapping genie who grants three wishes to a kid who can’t act (or as the movie’s poster says, “He’s a rappin’ genie with an attitude… and he’s ready for some slam-dunk fun!), you aren’t missing much. And you probably weren’t 10 years old in 1996. 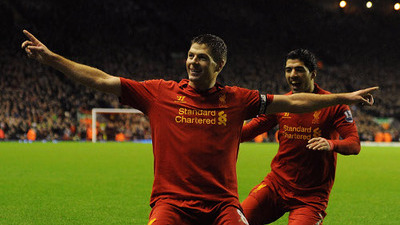 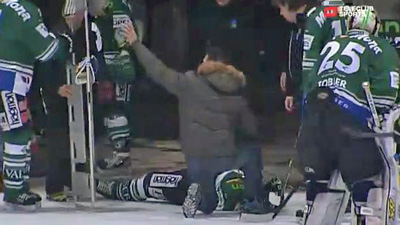