Stephen Drew and the Red Sox are understandably taking things one day at a time.

Drew, who suffered a concussion after getting hit in the head with a pitch during Thursday’s spring training game, is still out of the Boston lineup, but manager John Farrell said that the shortstop’s status has improved.

“He’s out again today. He’s improved over yesterday,” Farrell told reporters in Fort Myers before Saturday’s game. “He went through some bike tests today, where you get him just to exert the heart rate and see if it creates any more of the concussion symptoms. While there were some [symptoms] at the very end, the last sprint that he did on the bike, he is definitely improved over a day ago. What this means going forward, obviously he’s day-to-day. But the improvement is very encouraging.”

While it’s unclear when exactly Drew will return to the lineup, there’s no reason to rush him. Opening Day is still more than three weeks away, and concussions aren’t something to play around with. For now, Drew is taking it easy.

“[I’m] kind of letting it lay low. Feel a lot better today than I did yesterday,” Drew told reporters on Saturday. “Had more energy, not as tired. Overall, taking it slow. You don’t want the symptoms to come back, and that’s where we?re at now. So far, so good.

“I don’t know what the next step is. I know tomorrow we’ll come in and they’ll do more testing and we’ll go from there. They’re looking at all symptoms. We’ve got three weeks before the season starts. So we don’t really need to rush into this.”

Fortunately for the Red Sox, Drew said he has no fears about getting back into the batter’s box when the time is right. 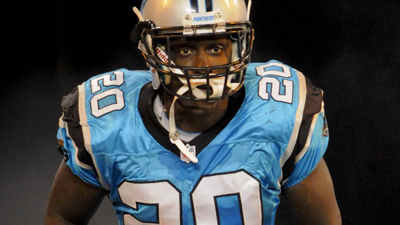