Vote: Who Is the Greatest Quarterback in NFC South History? - NESN.com Skip to content Apparently teams in the NFC South don’t have a long history of greatness at quarterback. The winners from the Buccaneers, Falcons, Panthers and Saints are all recent players.

Brad Johnson won out for the Bucs. He’s the only quarterback who has taken Tampa Bay to the Super Bowl, and he won a ring for them in 2002. The runner up was Doug Williams with 31 percent of the vote.

Jake Delhomme took the Panthers to the Super Bowl in 2003, and for that, he was voted the best quarterback in Panthers history with 60 percent. Second-year player Cam Newton finished second with 27 percent.

Now you can vote for the best quarterback in NFC South history. Check out their credentials and decide below.

Brad Johnson: Johnson led the Buccaneers to their lone Super Bowl championship. That season, 2002, Johnson threw for 3,049 yards with 22 touchdowns and just six interceptions. He made his second Pro Bowl that year.

Matt Ryan: Ryan was drafted No. 3 overall in 2008 and hasn’t missed a start since. He’s led the Falcons to a 56-22 record during his five seasons, and won his first playoff game in 2012 against the Seahawks.

Jake Delhomme: Delhomme is the career leader in passing for the Panthers. He’s also led the Panthers to their only Super Bowl in 2003. That team lost to the Patriots 32-29.

Drew Brees: The Chargers let Brees test free agency in 2006 and the rest is history. He’s made six Pro Bowls since and led the Saints to their first Super Bowl victory. Brees broke the single-season passing record in 2011 with 5,476 yards. He added 46 touchdowns and completed 71.2 percent of his passes.

During his time in New Orleans, the Saints have gone 69-42. Brees is the Saints’ franchise passing leader with 33,571 yards. The Purdue product is a two-time AP Offensive Player of the Year. 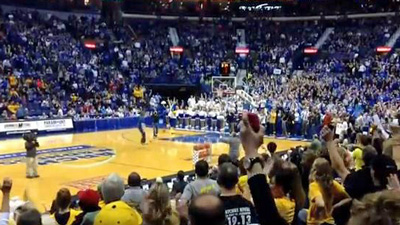 Chipper Jones ‘Flattered’ by Interest in Retirement, But Says He Prefers Being Bad Golfer