Alfredo Aceves has ruffled some feathers in the past, but his demotion to Triple-A Pawtucket has nothing to do with any behavioral issues, according to Red Sox manager John Farrell.

Farrell said before Thursday?s game that Aceves? demotion was ?performance-based, solely.? Some may find that hard to believe, but the right-hander has certainly endured his fair share of struggles, and it appeared the move would come before long.

?Not just in the outings this year, but going back last six weeks, eight weeks last year, this was strictly performance-based,? Farrell said before Thursday?s game. ?He?ll start [in Pawtucket]. He?s just got to gain consistency. He?s healthy, and when he?s been consistent, such as the five innings in Cleveland, he pitched very well. The capability is there, yet we?ve got to get him back on track, not just inning to inning but outing to outing.?

Following an ugly start against the Athletics on Tuesday, Aceves? ERA ballooned to 8.66 in five appearances (three starts). He also struggled down the stretch last season while ending the year with a 2-10 record and a 5.36 ERA.

Aceves continued to hold a place on the Red Sox? major league roster, however, because he?s extremely versatile. He has shown an ability to start and pitch in relief, and that was a commodity the Sox wanted to have around to begin the season. While with Pawtucket, Aceves will serve as a starter, mainly because that?s where the organization could use him most at this point.

?There are other guys ahead of him in that bullpen role. I can?t say that the performance issues we talked about were solely in a starter?s role,? Farrell said. ?We have other people who are ahead of him and regardless of the role, there?s got to be that consistency that we?re talking about. ? He is a depth starter for us. Whether that?s six, seven, eight or nine is more predicated on rest and who?s available on a given day. He goes back to that role.?

When asked about Aceves? previous behavioral issues, Farrell said that those particular instances were handled at the time they occurred, and he once again emphasized that the demotion is ?performance-based.?

Farrell even said that Aceves handled the news ?like a pro? and that the right-hander plans to work hard to return to the majors.

Bruins, Canadiens Among Teams Hoping to Turn Momentum Around With Playoffs Right Around Corner 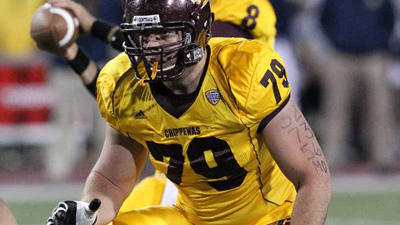