The last time the Red Sox swept a four-game series, it was Boston’s final homestand before the 2011 All-Star Break, when they outpounded the Orioles 32-13 over four games at Fenway.

Boston’s best chance this year for a four-game sweep likely will be this weekend, when the Astros come to town. They are the first club to ever move from the National League to the American League, and last year, their final in the National League, Houston became the first team since the 1964-65 Mets to record at least 106 losses in consecutive seasons.

It’s been a rough beginning in the AL for first-year manager Bo Porter‘s team. Houston, last in the AL West, has a 2013 payroll of $25 million — less than Alex Rodriguez alone will make this season. Arguably the only building block on the major league roster is second baseman Jose Altuve, who is hitting .377, has notched one home run and recorded nine RBIs.

Astros hitters lead the league in striking out but are in the middle of the pack in runs. The pitching staff isn’t any better, as Houston ranks last in nearly every significant category. Houston already has played three games in which its starting pitcher allowed at least six earned runs in less than one inning pitched. The Astros are only the third team in the modern era to do that in a season. They are 200-1 AL pennant longshots on Bovada.

Houston is scheduled to start righty Philip Humber (0-4, 6.63) in Thursday’s opener. He threw a perfect game against Seattle with the White Sox last year but has been one of the worst starters in baseball since. He faced the Red Sox twice in 2012, allowing nine runs in five innings in the loss following his perfect game. On July 17 in Fenway, Humber won by allowing two runs in six innings. Jarrod Saltalamacchia has two homers and four RBIs in eight at-bats against Humber. Last Saturday against Cleveland, Humber allowed eight runs while getting just one out.

Lefty Erik Bedard (0-1, 6.17) will get the start Friday. He hasn’t lasted more than four innings yet this season and was rocked for six runs in a third of an inning in a recent loss to Oakland. Bedard, who made eight starts for Boston in 2011, pitched for Pittsburgh last year and didn’t face the Sox. Mike Napoli has two homers and five RBIs in 15 at-bats versus the lefty.

Houston will start right-handed pitcher Brad Peacock (1-2, 7.50) in the third game of the series on Saturday. He allowed seven runs in 4 1/3 innings of work Monday against Seattle. The only current Red Sox player to have faced Peacock is Shane Victorino, who is 0-for-3.

In the Sunday finale, the Astros start “ace” Bud Norris, who pitched Tuesday night in Seattle. Norris faced the Sox in 2011 and allowed four runs in six innings of a no-decision. Stephen Drew has the most career at-bats (nine) of any Red Sox player against Norris and has five hits against the righty.

The Sox haven’t faced the Astros since sweeping them in three games in Houston in July 2011. The Astros are 3-6 away from home and have lost five straight on the road. 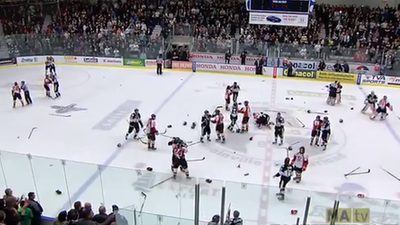