Barrett Jones knows how to win and he has plenty of experience doing it.

Jones’ championship pedigree is something not many college prospects can point to on their resume. It sets him apart from nearly every one of his peers and is a major reason why NFL teams covet him entering this year’s draft — though it’s not the only reason.

In four seasons in Tuscaloosa, Ala., Jones pulled off a rare feat by playing all five positions along the offensive line — and he did so quite well, too. He won the Outland Trophy as nation’s best interior lineman in 2011, only to follow that up as the recipient of the Rimington Trophy as the nation’s best center in 2012. That versatility makes him even more appealing as a prospect and the Patriots would likely be one team with considerable interest.

Bill Belichick appreciates players with flexibility and ones capable of having an impact in a few different facets of the game. Jones ability to play center, guard and both tackle positions, if necessary, makes him a valuable asset and someone the Patriots deem worthy of such a high draft pick.

Jones is fresh off surgery to repair a Lisfranc injury in his foot and kept him from working out fully for teams at the NFL combine or Alabama’s pro day. But, even if Jones is expected to be on the shelf for another few months, adapting to a new environment shouldn’t be a problem. He’s an intelligent and experienced player and shouldn’t need much time to acclimate to a new system or the pace of the pro game.

The Patriots don’t have an immediate need at center with Ryan Wendell playing so well last season, but the offensive line could definitely use some added depth and a few more playmakers making Jones a great fit.

Editor’s Note: NESN.com will evaluate and analyze one potential Patriots draft prospect every day from March 27 up until the start of the NFL Draft on April 25. Jones is the 14th player in that series.

*Jones did not participate in any other drills as he’s still recovering from offseason foot surgery.

Offensive linemen don’t exactly rack up the stats like players at other positions, but Jones did manage to rack up the awards in college. Jones earned First-Team All-SEC honors and was an unanimous All-American in both the 2011 and 2012 seasons. He was recognized as the Outland Trophy in 2011 and then won the Rimington Trophy in 2012. Jones also won national championships (2009, 2011 and 2012) in three of his four seasons at Alabama.

Jones is the most versatile lineman in this year’s draft and would offer the Patriots some added depth across the line. His primary position in the NFL might be at center, but he is more than capable of playing either guard and, if fully healthy, would have no trouble adapting to the offense and contributing immediately.

Very likely. Jones may be the most versatile lineman in this draft, but even the best centers rarely go before the second or third round. Jones may have been on the first-round bubble, but his recovery from Lisfranc surgery hurt his draft stock. Teams could take a chance on him late in the first round, but more than likely he’ll come off the board on the second day.

Strengths: Jones has the size and mobility of an elite interior lineman and offers teams versatility not typically found in offensive linemen. He’s a sound pass protector and takes great angles to create running lanes for his backs. He uses his hands well and is able to seal off blocks quickly and get into the second level. He also has great football knowledge and has great awareness and understanding of defensive schemes.

Weaknesses: Jones is mobile but he isn’t very quick. Faster pass rushers can get an edge on him, and he struggles adjusting on the move. He doesn’t finish off his blocks at times and his effort seems to wane on occasion.

Scout Jones for yourself below. 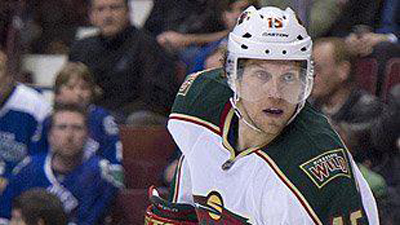 Dany Heatley to Miss Rest of Season, Playoffs After Surgery on Shoulder Injured in Slash by Marc-Edouard Vlasic 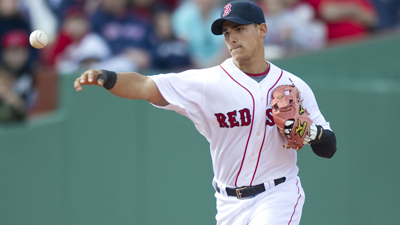