Late last week the New York Mets announced that former New York and Boston skipper Bobby Valentine would be doing some pre- and postgame analysis for SNY this season. However, that isn’t stopping Valentine from talking about his former market.

In an interview with the New York Post, Valentine appears to be following Carl Crawford‘s lead of blaming his struggles on the Boston media. In the interview Valentine unequivocally badmouths the Boston press, saying that their New York counterparts are vastly superior.

?All the Boston [media] ever wanted to do is prove that they were a tougher media than New York,? Valentine said. ?And I don?t paint everyone with the same brush — I think some of those guys are absolutely terrific people. And a good group of ?em are absolute horses asses who are unprofessional, lazy and should not be in the business up here, in my opinion.

?I had one guy never talk to me the whole year because he said to me he didn?t like the answer I gave him in spring training. He covered my team the whole year. I think the New York media knows more about baseball and is more professional.?

However, Valentine didn’t stop there. When asked about some early season comments questioning Kevin Youkilis‘ focus, Valentine didn’t back down, instead reaffirming that he was right in his assessment of the now-Yankees infielder — and again blaming the Boston media.

“I think that they were absolutely heartfelt at the time,” said Valentine, “and they were totally blown out of proportion, and reacted to improperly by the outside world.”

While Valentine has kept some ties to the New England area, recently being named the athletic director of Sacred Heart University, chances are it won’t be a good idea for him to show his face in Boston proper any time soon. 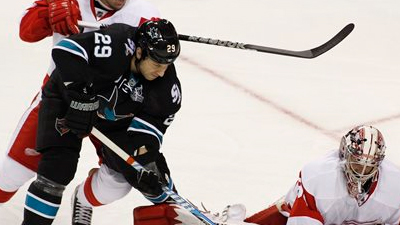 Report: Ryane Clowe May Be Close to Being Traded, With Bruins Among Potential Suitors for Forward