David Ortiz has looked locked in at the plate since returning to the Red Sox? lineup after missing the tail end of last season and all of spring training with an Achilles injury. Following a 3-for-4 performance against the Astros on Thursday, Ortiz is hitting .550 (11-for-20) in his first five games of 2013.

?It?s remarkable the timing that he?s displayed, particularly after the layoff that he?s had,? manager John Farrell said after Boston?s 7-2 win. ?I think even guys in the dugout are kind of marveling at what he?s been able to do as far as not only just contact, but driving the baseball. Once again, he?s pressed to run the bases and feels good.?

Four of Ortiz?s 11 hits have been for extra bases, and he has five RBIs and six runs scored thus far. It?s a small sample to go off, obviously, but Ortiz looks to be in vintage form, which bodes well for the Red Sox? offense. The scariest part for opposing teams is that Ortiz still isn?t completely back to where he wants to be.

?It?s going to get there at some point,? Ortiz said. ?I?ve been putting good swings on the ball, and things have been happening. It?s a little different than what I can explain to you guys when it comes down to feeling at the plate. Some pitches that when you are locked in at the plate, they?re not going to be hits. They?re going to be homers.?

If Ortiz is right in his self-assessment, then Thursday shows that he?s getting closer to becoming the power hitter he sets out to be each season. Ortiz blasted his first home run of the year off Houston starter Philip Humber in the third inning. It landed about four or five rows up in the center-field bleachers, and Ortiz joked after the game that he crushed it. All laughing aside, though, he did crush it, and the big fly serves as a reminder of what exactly the 37-year-old brings to the table.

The Red Sox were swinging the bats well before Ortiz joined the mix, but the eight-time All-Star adds plenty of power potential to a lineup that?s been near the middle of the pack in the home run department. In other words, an already solid unit should only see improvements going forward.

?It?s even better when you join the lineup when everybody?s swinging the bat pretty good,? Ortiz said. ?It?s less pressure.?

Less pressure applies to both Ortiz and his teammates. With a productive Ortiz plugged into the cleanup spot on a nightly basis, the rest of the order should see better pitches to hit, thus creating a more potent lineup from top to bottom.

Ortiz already looks like he?s in midseason form, and he now holds a 17-game hitting streak dating back to last season. That?s his longest hitting streak as a member of the Red Sox and the second-longest of his career.

Ortiz also looks to be running the bases well, which is encouraging given how concerning the DH?s running was during the offseason.

?I think with each opportunity on the base paths, I think he?s realizing that the heel isn?t going to give him any issues and I think just subconsciously he?s just become more aggressive on the base paths,? Farrell said of Ortiz, who went from first to third on Mike Carp?s fifth-inning single, much to the dugout?s delight. ?Not to say that he?s going to become a base stealer, but the ability to go first to third is key.?

No one is going to nitpick Ortiz?s baserunning, but every piece of evidence that suggests he?s healthy is a welcome sight. Suddenly, it?s no longer a matter of whether Ortiz can make an impact in his return. It?s a matter of how big of an impact he?ll make this season. 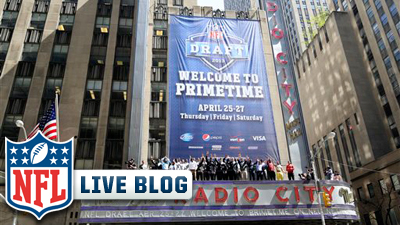