This year’s draft class is full of potential at the wide receiver position, but only a handful of those players are ready to step in and contribute right away. DeAndre Hopkins is one of the few who stand out.

Hopkins, who is fondly known as “Nuk” to the Clemson faithful, was a star from the moment he stepped on campus in Death Valley. He caught 51 passes as a freshman and just continued to grow as a player over the next two years, catching 154 passes for almost 2,400 yards and 23 touchdowns during his sophomore and junior seasons.

While production at the college level isn’t always the most accurate indicator of pro potential, in Hopkins’ case it does provide a pretty clear picture. His measurables aren’t anything teams will be mesmerized by, but his numbers don’t deceive.

Hopkins isn’t an athletic anomaly like Justin Hunter or a speedster like Tavon Austin, but he is consistent, reliable and tenacious. The Patriots need a receiver that Tom Brady can trust and one with the fortitude and will to win, which is exactly why Hopkins makes sense.

The Patriots did have Hopkins in for a visit a few weeks back, meaning there is definite interest there. But will they ultimately take the bait on Nuk?

Editor’s Note: NESN.com will evaluate and analyze one potential Patriots draft prospect every day from March 27 up until the start of the NFL Draft on April 25. Hopkins is the 15th player in that series.

Hopkins’ career at Clemson was a success from the start. He led the Tigers with 51 catches as a freshman and followed that up with 72 grabs and just a hair under 1,000 yards as a sophomore. But Hopkins didn’t really become a household name until his junior season. He hauled in 82 passes for a Clemson-record 1,405 yards and an ACC-record 18 touchdowns.

Hopkins might be the most NFL-ready receiver in this year’s draft class. He played a number of different roles in Clemson’s offense and is a pure route runner with a terrific grasp on defensive schemes. He would give the Patriots a vertical option down the field and a reliable target outside the numbers to help compensate for Brandon Lloyd‘s absence. He should be able to come in and contribute immediately, even in an offense as intricate as the Patriots.

The outlook is optimistic but uncertain. This year’s draft if full of talented wide receivers and Hopkins lines up right up near the top of that group. Rumors have devalued the position a bit as the weeks go on, so instead of five receivers going in the first round there may only be two or three taken. Hopkins is definitely in that top-five rotation and could reasonably go anywhere from 20th overall and on. The Rams (22nd overall), Vikings (23rd and 25th) and Texans (27th) are all in the market for a receiver and could beat the Patriots to him. Then again, there is a strong possibility he’s still hanging around at No. 29.

Strengths: Hopkins doesn’t have great straight-line speed, but he is very quick and shifty in and out of breaks. Even without great speed, he’s a very good route runner and knows how to create separation on deep routes. He is a natural hands catcher and is very reliable. He’s also elusive after the catch and accelerates quickly in the open field.

Weaknesses: He sometimes displayed a lapse in focus on some catches– gets caught looking up field before securing the ball. And we already touched on his lack of speed.

Scout Hopkins for yourself below. 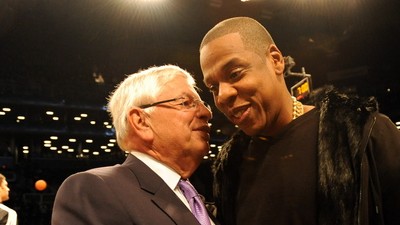