Don Cherry has done it again. He’s said something sure to raise the ire of hockey fans around the nation. This time, he’s taking aim at female reporters and their place in the locker room.

In light of a recent incident between Blackhawks defenseman Duncan Keith and a female reporter in Vancouver, Cherry weighed in during his weekly “Coach’s Corner” segment on CBC’s Hockey Night in Canada. There, Grapes explained that if it were up to him, women wouldn’t be allowed in men’s locker rooms because male players put them on a pedestal.

“I don’t feel women are equal,” Cherry explained. “I feel like they’re above us.”

See what else the former coach had to say in the video below.

LeGarrette Blount’s Troubled Past Is Concerning, But Potential Impact Too Tempting for Patriots 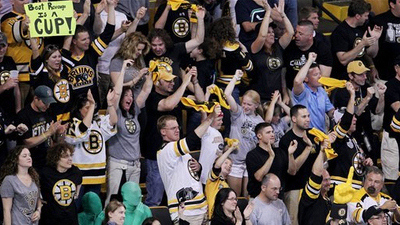