The outpouring of support for Boston in the wake of Monday’s tragedy has been astounding, and even the Red Sox players are taking notice.

Dustin Pedroia received a sign from a young fan before Tuesday night’s Red Sox-Indians game and then went and hung the sign in the team’s dugout.

“From our city, to your city,” the sign reads alongside a collection of cartoon hearts and a baseball. “Our hearts and prayers go out to you Boston. Love, Cleveland.” It appears that Pedroia went over to speak with the fan’s family, took the sign and then displayed it in the Red Sox dugout. The Associated Press captured a photo of the sign in the dugout, but pictures from a Twitter account belonging to the boy’s father, Brian Fantone, reveal the more emotional story.

“My wife showed [my son, Dylan,] the picture,” Fantone wrote, “and his first words were, ‘I hope we made them feel better mom.’ ”

Check out some more photos of Dylan’s grand gesture in the photos below. 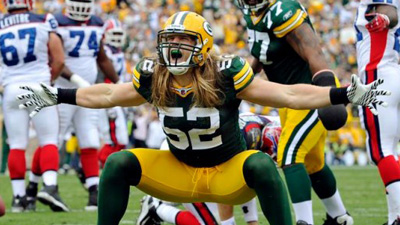