Senators defenseman Erik Karlsson is an absolute freak, and there really is no other way to describe it.

Not even two months ago, Karlsson’s Achilles’ tendon was sliced by the skate of Penguins forward Matt Cooke. Karlsson has returned to the ice where he was seen with Ottawa skating coach Mark Power at the Sens’ practice complex Monday. That’s obviously pretty insane, but Karlsson has his eyes set on something bigger.

He’s going to try to return this season.

“He’s a pretty optimistic guy and that’s a big help when you’re going through something like this,” Ottawa captain Daniel Alfredsson said, according to the Ottawa Sun. “He doesn’t get down. He’s worked really hard. I’ve been impressed with his dedication. If somebody tells you the season is probably over, it would have been easy to just accept that, to say ‘OK, it’s over, I don’t have to do much.’ But he’s really pushed himself, and at least he’s giving himself a chance to come back.”

Senators goalie Craig Anderson, who just returned from injury himself, was impressed with Karlsson’s progress as well.

His return would obviously be welcomed. The Senators have been hit hard with injuries this season, with the two most notable losses being Karlsson, Anderson and center Jason Spezza. However, they’ve been able to hang in the Eastern Conference playoff spot and currently find themselves fifth in the East. Getting the reigning Norris Trophy winner back (assuming he would be healthy) would obviously only boost them.

See some pretty impressive video of Karlsson skating below, with a stick tap to SB Nation. 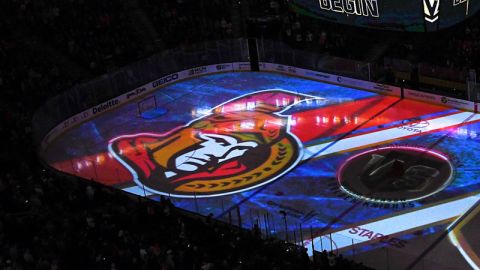 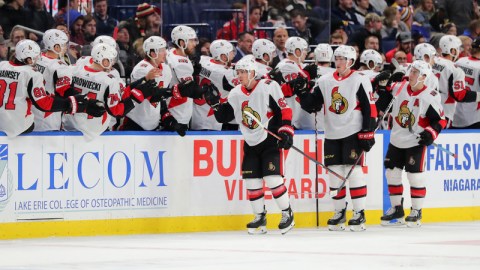 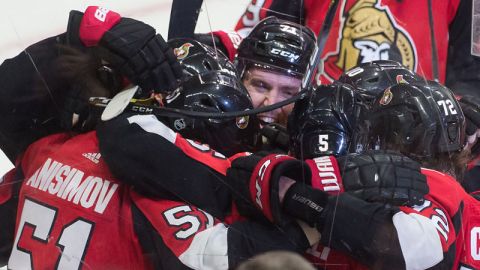