FCC Has No Issue With David Ortiz's Pregame Speech, Says He 'Spoke From the Heart' - NESN.com Skip to content

David Ortiz encapsulated all of the emotion and passion that was present in Saturday?s pregame ceremonies at Fenway Park when he took to the microphone.

In Ortiz?s first game back, he thanked the city and law enforcement, and also dropped the f-bomb stating, ?This is our [expletive] city.? Red Sox nation didn?t seem to have a problem with the sentiment, and neither did the Federal Communications Commission.

Julius Genachowski, the chairman of the FCC, tweeted from the certified FCC Twitter account that they, ?stand with Big Papi and the people of Boston.?

Score another point for the good guys. Check out the full tweet below. 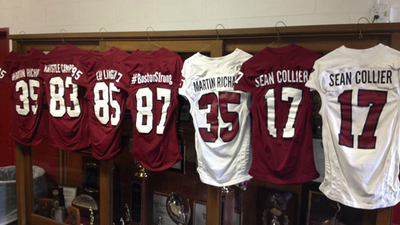