All the speculation about how teammates, opponents, fans and the media will treat a publicly homosexual professional athlete can now end. We are about to actually see it for ourselves.

Jason Collins made a groundbreaking admission on Monday, declaring in a column on Sports Illustrated’s website that he is gay. Collins becomes the first active American athlete in a team sport to “come out of the closet,” and he described his reasons in an insightful and moving piece co-written with SI’s Franz Lidz.

“I didn’t set out to be the first openly gay athlete playing in a major American team sport,” Collins writes. “But since I am, I’m happy the start the conversation. I wish I wasn’t the kid in the classroom raising his hand and saying, ‘I’m different.’ If I had my way, someone else would have already done this.

“Nobody has, which is why I’m raising my hand.”

Collins, 34, cited the Boston Marathon bombing as part of his motivation for coming out. The tragedy “reinforced the notion that I shouldn’t wait for the circumstances of my coming out to be perfect. Things can change in an instant, so why not live truthfully?”

Collins, who played in 32 games with the Celtics this season before he was sent to Washington in a deadline-day trade, will be hard for anyone to root against. Despite limited playing time, he was popular with teammates and reporters in Boston due to his down-to-earth nature and consummate professionalism. Kevin Garnett called Collins “a pleasure to work with.” Doc Rivers raved about Collins as “literally one of the best guys I’ve ever had in the locker room, player or coach.”

By all accounts, Collins was a true pro, but he has toiled for 12 years in anonymity. Not anymore. Come next season — Collins is an unrestricted free agent — everyone will know his name. We will see, once and for all, exactly what it means to be an openly gay athlete. 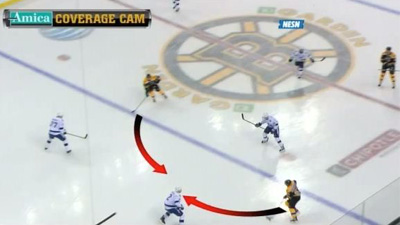 Tim Tebow Release a Smart Step for Jets, Whose Turn From Circus to Stability Has Finally Begun Under John Idzik