NFL draft prospects may not be the only ones using Radio City Music Hall’s green room on April 25.

Kevin Costner will be on hand at the 2013 NFL draft filming Draft Day, a movie featuring Costner playing the Cleveland Browns’ general manager attempting to trade up for the No. 1 pick, according to Peter King of Sports Illustrated. The film will be directed by Ivan Reitman and stars Jennifer Garner as Costner’s love interest, according to Variety.

Draft Day will be Costner’s first football movie. He’s best known for his trio of baseball movies: Bull Durham, Field of Dreams and For Love of the Game. He also starred in the golf flick, Tin Cup.

Don’t expect life to imitate art in the real NFL draft. While the Chiefs are reportedly looking to trade out of the top spot on April 25, the Browns have not shown any interest in trading up from the No. 6 slot.

Costner was originally set to play the Bills’ GM in Draft Day, but Ohio offered filmmakers better tax-incentives than New York. At least the Browns finally won something. 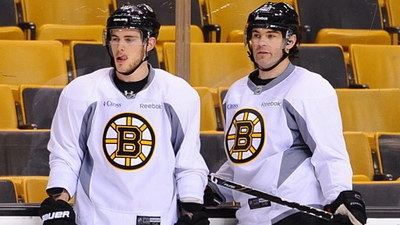 Celtics Likely to Shorten Rotation in Playoffs, But Have Ample Lineup Options If Necessary