The football gods have not been very kind to Marcus Lattimore, but he won’t let a few bad breaks halt his NFL dreams.

After a breakout freshman season at South Carolina that found him firmly on the draft boards of every NFL team, Lattimore experienced not one but two serious knee injuries that have set back his promising pro career.

Lattimore, 21, fought back from a gruesome knee injury last offseason to return to form on the football field, and he’s doing the same again now.

No, Lattimore won’t be a first-round pick like was once projected, nor is he expected to hear his name called at any point in the first or even second day of the draft later this month. He’ll have to wait his turn along with some of the other iffy prospects for their triple-digit draft card to be read. But unlike the rest of those players, Lattimore still has the potential to be an elite NFL player.

The Patriots understand Lattimore’s lofty potential, which is why they have already scheduled a visit with the former Heisman front-runner, and see him as a possible fit in the new direction of their offense.

Stevan Ridley and Shane Vereen have a firm hold on the main roles in the Patriots’ backfield, but that doesn’t mean Lattimore wouldn’t be able to carve out his own niche or even develop into a dependable contributor in the future.

There is obvious risk when investing in such an injury-prone back, even if only at a seventh-round level, but the potential return could also be in the form of one of the most talented and consistent backs in the NFL. So, for a championship team like the Patriots with some leeway for error, this may be a chance worth taking.

Editor’s Note: NESN.com will evaluate and analyze one potential Patriots draft prospect every day from March 26 up until the start of the NFL Draft on April 25. Lattimore is the sixth player in that series.

**Lattimore’s 40 time, vertical jump and other stats are unavailable as he still hasn’t been cleared to fully participate in some activities.

Two of Lattimore’s three college seasons were cut short because of devastating injuries, but he still managed to produce. He ran for 1,197 yards and 17 touchdowns during his freshman year — his lone full season — and followed that up with 818 yards in just seven games in 2011 and 662 yards in nine games in 2012. His near five yards per carry average is notable, but his nose for the goal line is even more impressive as he scored 41 total touchdowns in his brief career, including 10 or more in each of his three seasons.

Both Lattimore and Dr. James Andrews believe that he’ll be able to play next season, but some doubt remains about his availability. If healthy, Lattimore could be a nice complementary back to Steven Ridley, especially near the goal line. He may not have a big impact in 2013 or even 2014, but if he returns to full health at some point in the future he could be a big-impact player, a la Willis McGahee, later in his career.

The first round is out of the question for Lattimore, given all the questions surrounding his injuries. Someone will probably take a chance on him at some point in the draft, but that probably won’t come until at least the third day. The Patriots did schedule a visit with him, meaning they are at least curious. As of now, the Patriots only have two draft picks on the third day — a fifth and a seventh rounder — but Lattimore could always be one of them.

Strengths: Lattimore has good first-step quickness and is elusive once he gets to the second level of the defense. He has great vision for running lanes and cutbacks, and he’s capable of pounding the ball through the tackles in short-yardage situations. He is also a very strong pass protector.

Weaknesses: The injuries are the root of most of his problems and will continue to be a concern until he proves otherwise. But Lattimore has also never possessed the top-end speed necessary to break away from defenders for big plays down the field.

Scout Lattimore for yourself below. 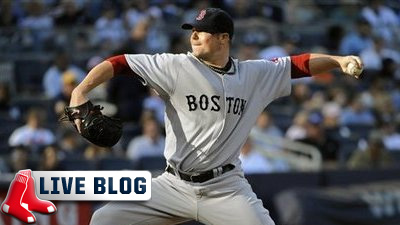 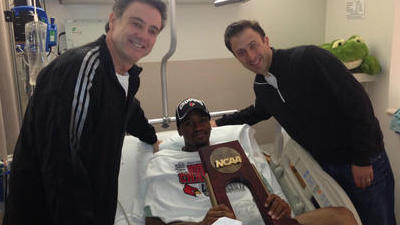 Kevin Ware Calls Injury ‘Minor Setback to a Major Comeback,’ Plans to Be With Team at Final Four