Fear, chaos, sadness and confusion gripped runners and spectators of the 2013 Boston Marathon.

But through all that, love was in the air. The New Haven Register reports that yet another marriage proposal was in the works for a runner in the marathon.

It turns out that Andrew Ruggiero was not the only beau in the crowd with an elaborate proposal plan, as Mark Tigano planned to pop the question to his runner girlfriend, Carissa Catarella, near the finish line as well.

His group, which included family and friends, vacated the finish line area nearly 20 minutes before the blasts went off and were able to meet up with Catarella at a safe location.

Tigano, like Ruggiero, went ahead with his revised marriage proposal to bring a bright spot to an otherwise tragic day. 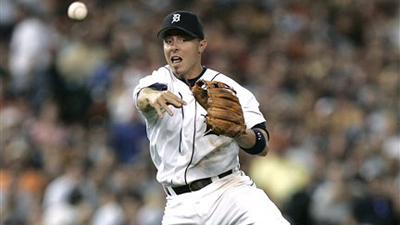 Report: Brandon Inge Has Peanuts Thrown at Him, Teammates Attempt to Fight Perpetrator