There are brawls, and there’s what happened in a playoff series between the Blainville-Boisbriand Armada and the Baie-Comeau Drakkar in the QMJHL on Wednesday night.

The two teams are currently in the middle of a best-of-five playoff series, and in the final seconds of Game 4, things got really ugly. The two teams were involved in a bench-clearing brawl once the game ended, with both teams piling onto the ice and exchanging haymakers. That included the goalies, with two goalie fights taking place. One of those scraps involved the starters, while the backups squared off in the undercard, with one netminder still wearing his baseball cap.

All in all, 22 penalties were handed out at the 20:00 mark of the third period. See zany box score here.

The Armada won the game 4-3, evening the series at two games apiece. The winner-take-all Game 5 will be played Friday night.

See the madness below, with a stick tap to HockeyFights.com. 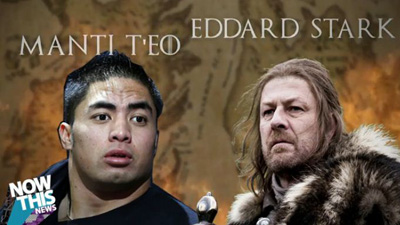