It’s been nearly a month since the Patriots hosted Emmanuel Sanders on a free-agent visit, but they’ve decided now is the time to strike.

The Patriots have offered the wide receiver a one-year deal, according to Ian Rapoport of NFL Network. The details of the deal aren’t yet known.

Sanders is a restricted free agent with a third-round tender, meaning that along with paying Sanders the Patriots would have to send a third-round pick in this year’s draft to Pittsburgh to complete the deal.

The Steelers have five days to match the Patriots’ offer, but they might not even be able to. The Steelers are already right up against the salary cap and still have more free-agent needs to fill. If they do match New England’s money, they risk missing out on players like running back Ahmad Bradshaw and others who would help provide stability.

Sanders visited New England in March and there were rumors that the receiver had signed a tender with the team at that time. Those rumors were quickly shot down and it seemed that the Patriots may not be interested in signing Sanders after all. But rumblings about the team’s potential interest continued to surface, and it appears they were just patiently waiting to strike.

A third-round pick out of SMU in 2010, Sanders developed into a dangerous weapon for the Steelers during his three seasons in Pittsburgh. He enjoyed his most productive NFL season in 2012, catching 44 passes for 626 yards and a touchdown while playing all 16 games. 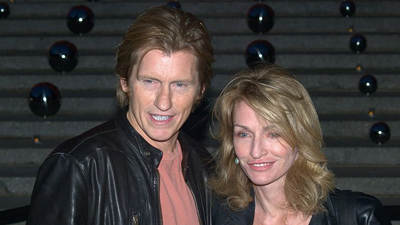