It?s going to take a lot more than a broken jaw suffered less than a month ago to keep Sidney Crosby out of the playoffs.

The Penguins? star hasn?t played since March 30, when he took a puck to the mouth and underwent major surgery, but according to the Pittsburgh Post-Gazette, Crosby is expected to seek medical clearance Thursday or Friday to get back on the ice.

If he gets the green light, he will most likely resume practicing and be ready for the opening round of the playoffs. The Penguins have already clinched the No. 1 seed in the Eastern Conference and will open at home next week.

Crosby is expected to wear a plastic shield when he returns to action to protect his jaw, which was fractured in several places.

Crosby had all but locked down the NHL scoring title before the injury, and it took until Wednesday night for Martin St. Louis to overtake the lead with 58 points. Crosby, even after missing a significant amount of games, is tied for second with 56. 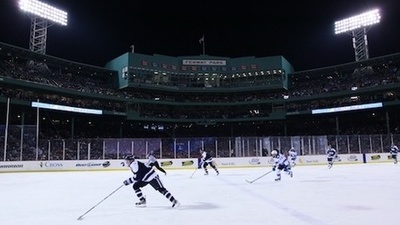