Stevie Johnson made it known that he wasn’t a fan of the New England Patriots two weeks ago when he asked North Korea to bomb Foxboro. The Bills wide receiver isn’t joking around anymore, though.

Johnson was “solemn” at the Bills’ facility, according to The Buffalo News.

“No Twitter, no games, no jokes, none of that. But at the end of the day, I feel just how everybody else felt when they see those bombs go off.”

Johnson will likely get booed heavily when the Bills come to Foxboro in 2013. Johnson hasn’t been active on Twitter since Monday other than a retweet of his agent, CJ LaBoy, saying “Thoughts and prayers going out to everyone in Boston. Shocking & disgusting. Prayers to everyone affected and all those in the area.” 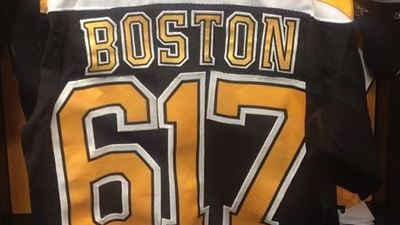